Meghan McCain — If Dems Cannibalize Each Other, That’s What Trump Wants 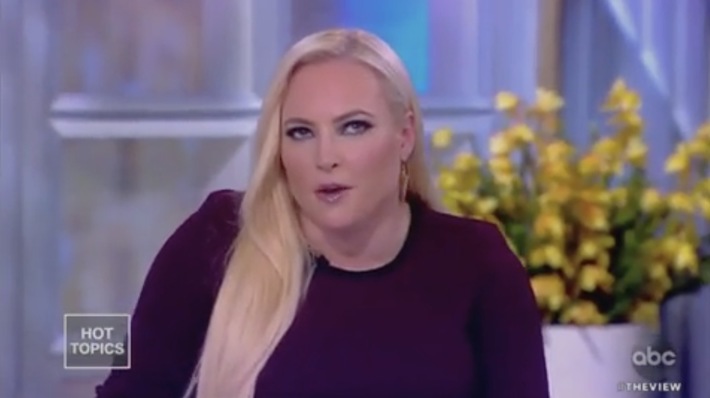 The crows of The View were speaking on former Vice-President Joe Biden and how he seems not to be able to get over how the Democrats treated Anita Bill, over 20 years ago, when she was brought before the Senate to testify against Judge Clarence Thomas.

It was a modern-day lynching for the entire nation to see and it was one of those major nails in the coffin of dividing both political parties along with their ideals. Republicans were watching the destruction of a black judge and Democrats were pounding the nail of office rumor between a man and a woman for the show. I remember it on television but I didn’t know what was going on but Biden played a heavy hand in it and today he regrets it.

Meghan McCain, a hater of the President, took Biden’s side and gave a warning to Democrats running to defeat Trump in 2020.

“I think it’s dangerous when we use today’s standards by 27-years-ago standards. People can learn, they can evolve, they can change. This was not an issue when he ran for president in 2008. It’s because of the Me Too moment that we’re in. Joe Biden is one of the truly great decent human beings on the planet. If Democrats cannibalize each other, it’s exactly what Trump wants.”

Meghan hates Trump to hate Trump, and when you get to a place like that, there aren’t too many escapes. I am positive there is a way out of the hell Meghan has entered, but if she doesn’t want to leave, there’s no escaping. President Trump is not perfect, but Meghan is trying to use this time to solidify her position in television and on a liberal platform. That’s what happens when you dance with the devil. To keep pace, you have got to give up something, and that is usually your soul.

Meghan knows President Trump is trying his best but the applause and support, which is temporary, is what she lives for right now and nobody can tell her different.

Meghan starts speaking at 4:39 in the video below.

This story originally appeared on https://www.waynedupree.com/mccain-gives-advice-for-dems-to-beat-tr...

Them people could not keep a story straight or find their butts with both hands.

Meghan McCain, Vice-President Joe Biden, calling them  leftist would be a lie, they are a part of the EU against the foundation of America.