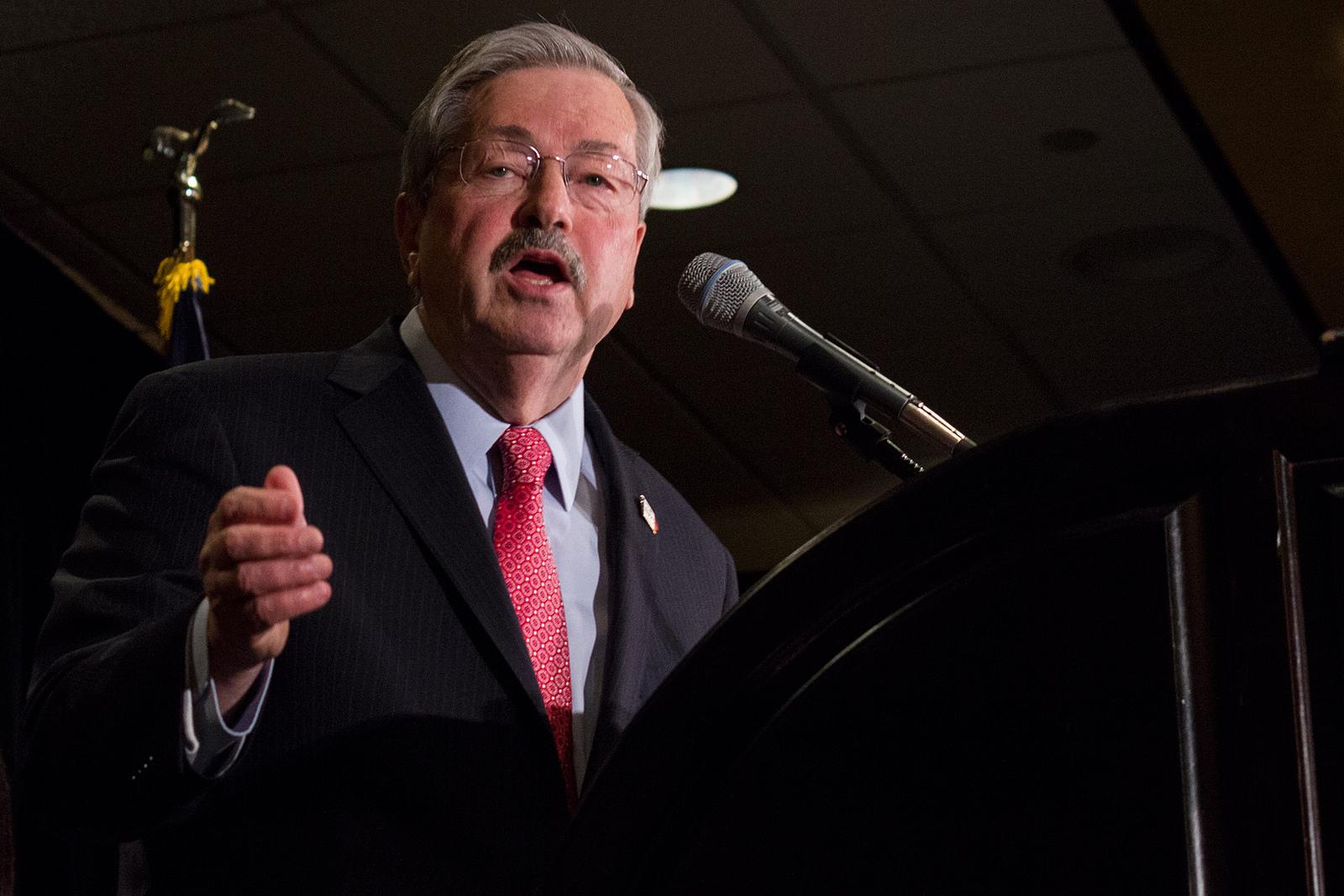 The governor charged the Texas lawmaker "could be very damaging" to the corn-producing state, and slammed Cruz's support from "Big Oil," the Des Moines Register reports.

"Ted Cruz is ahead right now," Branstad said at the Iowa Renewable Fuels Summit Tuesday, the Register reports. "What we're trying to do is educate the people in the state of Iowa. He is the biggest opponent of renewable fuels."

The governor decried Cruz's 2013 bill to eliminate the Renewable Fuel Standard, which mandates that all gas sold in the United States include a certain percentage of biofuels like ethanol.

James, we should all have area reunions and do the martini's and whatever G&T's are. We are in N. CA (Sierra Nevada Mountains) and lived in Oregon when my husband was in the Coast Guard as the base dentist, and it was a bit over-the-edge gloomy. Sure a lot of you are from Oregon. I barely made it out with my sanity.

We all do have Facebook. Use it! I think I irritate more liberals through my minimal Facebook posts than I do from my speech. Do whatever you have to do but let people know what you represent. THAT is our obligation. And, I wore my Tea Party Tee Shirt and my Trump pins to the "13 Hour" local movie theatre. Do anything but do something!

Oren Long:  I am totally with you!!!! If it needs to be subsidized, it did not market for some reason or another and needs to go back to the drawing board. Our government has subsidized enough waste of our tax dollars and Cruz was dead right on that one!!!!

Oren, curious if I just friend-ed Oren Long or John Galt. Always wondered who was whom.

Anyway, I did send the friend thing and have no idea how it works. I think I might get the pictures - but knowing me - that is iffy. Still trying to get pictures up on Facebook so adding another dimension is iffy.

Oren, "Atlas Shrugged" is one of my favorite books and I was definitely slow putting 2 & 2 together. Ayn Rand was the original Tea Party patriot!

I am not quite sure how I found that Friends area to comment back. As with you, my husband does those things for me as with retirement, my motto is:  Do only what I want to do!  And, I love annoying liberals!

Sent this Letter to the Editor of our local paper. They will undoubtedly not publish it, but it makes me feel better to at least try to do something tangible every day in these last days of our Republic. If we do not elect Trump or Cruz (I figure either/or is a back-up so I don't get into the discussions of which/why. I am an either/or lady), we are only answerable to ourselves if we tried hard enough to save the legacy that cost the blood of the dying.

Letter to the Editor:

As we left the movie theater, we asked ourselves over and over:  "Why is no one talking? Why was Ambassador Stevens  told to spend the night of 9-11-12 in a High Security zone with virtually no security? Why is the truth so impossible to expose regarding the order given to the military might of America to “stand down”? CIA contractors, standing by their loaded vehicles at the CIA annex, 1.2 miles from the embassy, had to listen repeatedly to the desperate radio pleas for help from Americans under siege at the diplomatic compound while their CIA station chief ordered them to not go. During that 20 minutes time period, Chris Stevens and Glen Doherty died. (Bob now denies his order to stand down.). The CIA operatives, finally, en masse, disobeyed orders and raced to offer help to the dying and the living. Calls to Washington for help were given excuses, a small team of security officials were held at the Tripoli airport rather than rushing them to join the fighting. Pleas to the Pentagon for military reinforcements were rejected again and again. U.S. fighter jets, spinning their engines on an airstrip in Aviano, Italy, were not released to aid the attacked. Those fighter jets were less than an hour in air time away from Benghazi.

Hillary Clinton and Barack Obama, America’s Commander In Chief, never made a single phone call - during the 13 hours - to direct aid towards saving American lives under attack. They both gave false narrative for the reason behind the attack. Barack Obama left, well-rested,  on Air Force One the following morning for a fund raiser in Vegas. He has never mentioned the names of Chris Stevens, Sean Smith, Ty Woods or Glen Doherty on any 9-11 anniversary or at any Memorial Day ceremony. Ty Woods and Glen Doherty died in the last hour of the attack.

The Benghazi hearings are a charade of partisanship, lies, contempt for justice and excuses. Mrs. Clinton testified it was not in her job description to protect the safety of her ambassadors or embassies  - which is directly contradictory to her written job description. There were "people" doing that - whom she cannot name nor did she care to discover their names. In fact, Mrs. Clinton seemed to know plenty of nothin’. Yet, the press was eager to report that, “Hillary has Benghazi Behind Her”, as was titled the only story line in the Union Democrat regarding Clinton's Benghazi hearing testimony.

Who gave the ultimate order to stand down and why did the entire American military stop any aid to Americans under fire?

Americans have to accept responsibility for their elected officials and demand safety for Americans. The press will not report facts when they happen and they will not demand investigations for cover-ups if it disagrees with their politics. It is time Americans take their vote as their sacred obligation to protect America.

Good thing Trump was never in politics. They will dig up your votes from Day One and quote you. The ONLY was you can cast a vote on any topic in politics is to clearly put in writing (and have notarized) WHY you are voting the way you are voting and how that vote will be better for the American people. NOT the immigrants. THE AMERICAN PEOPLE!!!!

I could give a rat's ass about any immigrant's rights until they have been here for 10 years, paid enough taxes they are NOT TAX CONSUMERS, and they can prove they raised responsible young AMERICANS who get good grades, do not get arrested, get a good job and are also tax contributors.

ANTONIO GRAMSCI THE FATHER OF THE NEW DEMO COMMO PARTY SAYS WE HAVE TO CHANGE COMMON SENSE TO COMMUNISM.

SAUL ALINSKI WAS A STUDENT OF GRAMSCI STRATEGY. Hegemony is a communist buzzword for total control. Who ever is in total control is hegemonious and counter hegemony could be communism. Ideology and culture must be communist controlled. Antonio says we must attack bourgoise society (that's us) at every level. Social, cultural, religious. political and economic. LOOK AT MICHIGAN. Look at Baltimore. Look at Ferguson. look at Flint.
GRAMSCI WAS IN THE 20'S BUT WAS NEVER TRANSLATED IN ENGLISH UNTIL THE 60'S. Saul ALINSKI was street level whereas Gramsci was a professor to Alinski the student. Communism says destroy religion. Gramsci says infiltrate the religions and use them.Some Radical Moslem groups study Antonio Gramsci. See the  GRAND Deception Documentary by Steve EMERSON.
SOVIET COMMUNISM IS ALIVE AND SICK. Until the IMAM'S STAND UP IN MOSQUE SERMONS AND SAY THAT  ABDURAHIM THE MERCIFUL GOD WILL SEND TO HELL JIHADISTS WHO KILL THE INNOCENT, TAKE SLAVES AND RAPE THE HELPLESS. THEY WILL NEVER SEE PARADISE. Nothing else will prevent this Islamic slaughterhouse from growing.
We as Americans cannot allow what has taken place in Europe to continue here. Dr. Carson mentioned a safe zone for refugees in Syria. Where people of the same culture can live in peace and safety. Where there is only Laughter and very little tears. If this was ebola would we spread it through out the world knowing where it originates from?
Beware the communist media complex.
Subject: SAW 13 HOURS. BIG COMMUNIST COVER UP. WHERE WAS OBAMA AND CLINTON? 13 HOURS. WHAT TIME WAS THE MORTAR ATTACK.

COWARDICE IN THE FACE OF THE ENEMY GETS OBAMA A FIRING SQUAD. LOOSE LIPS SINK SHIPS. THE NEXT TERM HILLARY SERVES IS LIFE IN PRISON. NEVER GIVE UP THE SHIP OR TWO.
MEDIA REVIEW
ABC

SPIRIT OF AMERICA PARTY RADIO SHOW. ON TUNE-IN RADIO.COM AND BLOGTALKRADIO.COM
TRUMP IS THE REVOLUTION
IT HAS TO BE TRUMP NO ONE ELSE WILL DO THE JOB
HILLARY GIVES ADVICE HOW TO DEFEAT ISIS. OBAMA LIKES CHERRY FLAVORE...
ONCE UPON A TIME WE HAD A COUNTRY
LET THE TRUMP PETS SOUND BABY JESUS IS COMING.
THE DEMOCRAT DEBATE DEBACLE

ABU   Have you bought any 'Forever' stamps lately??  Anyone else bought a "Forever" stamp?

The flag is shown backwards. I learned a long time ago, that when depicting the flag, the blue must always be at the top and left. Our own Postal Service has printed and sold our flag in a backwards depiction. (depiction as in photograph and paintings) 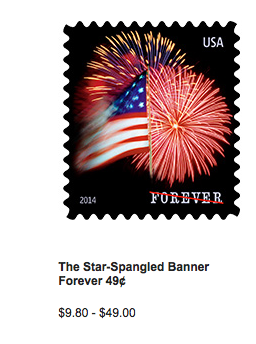 Truth be told, it should be up side down. 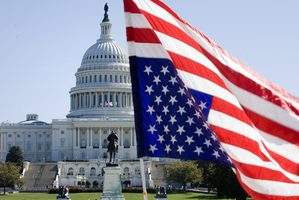 Ethanol, another green deception. Waste of corn that should go for FOOD.

That is a sure sign Cruz did not compromise on the ethanol issue.

Iowa has become a socialist state that depends on a Federal hand out. That is why a conservative can not win, too many states depend on federal money.

Oren, my husband had a "holy cow" moment looking at your pictures. He said that bike belonged in the Guggenheim! It is a total labor of love - and a LOT of money. Tony said you can probably never ride it far because everyone would stop you to talk about it. He had never really seen anything like it so thank your wife for downloading the pictures.

And, hope you have a good alarm system! I am sure the word is out on the streets where that bike lives.