Rep. Trey Gowdy (R-S.C.) says former Secretary of State Hillary Clinton is "certainly not the central focus" of the investigation being conducted by the House Select Committee on Benghazi. 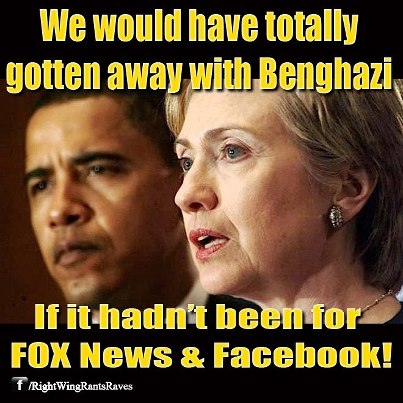 "Oh, heavens no," he said on Sunday's "Meet the Press," after host Chuck Todd asked him if Hillary was "the main focus" of the committee's investigation.

"I think it was a Wall Street Journal reporter that went and looked at our three previous hearings and I mentioned her name a whopping zero times. So she is a very important part of understanding what happened in Libya and Benghazi, but, Chuck, we're scheduled to interview 50 witnesses between now and the conclusion. So she would be 1/50 of that.

"Her documents out of 45,000 that we're reviewing would be a small subset. She's very important. But she is by no means -- she is not even a -- she's not even a central focus. She is certainly not the central focus."

Gowdy, the committee chairman, said "we would very much like to talk to General (David) Petraeus," who was CIA director at the time of the Sept. 11, 2012 attacks in Benghazi, Libya that killed four Americans, including U.S. Ambassador Chris Stevens.

Gowdy said the committee has not yet scheduled an appearance by Petraeus, "but clearly he's someone else we need to talk to if we want to understand fully what happened before, during and after Benghazi."

Well she should be!

Permalink Reply by Odessa taft on March 17, 2015 at 5:51am
She most certainly is. He's playing it cool. You've got to be careful not to show your cards to the press or the Clintons.

I do believe Rep. Trey Gowdy is one of the politicians whom I do trust.  Personally, I would like to see him and Sara Palin run for president.

While Clinton is not the only one implicated in the treason at Benghazi, she certainly is  - along with commander-in-chief-gone-AWOL-Obama - directly implicated in the matter for having been the Secretary of State at the time.  I do hope that Mr. Gowdy has no intention whatsoever of letting her off the hook, or else someone will have to find out how wealthy he has become once the "investigation" is over.  I would like to think that he is  genuinely a man of far greater integrity than such a situation would otherwise suggest!

Dear Victoria; your comment was good up until the end. There is no situation that would suggest otherwise. That is how gossip and slander begin... suggestive innuendos without merit.

Trey Gowdy has show impeccable integrity and that is it. Period.

I thtought very highly of Mr. Gowdy ever since he began the investigation - what had been implied here, however, was that Hillary Clinton was not a central focus of the investigation.  As long as the investigation is being conducted in an honorable and comprehensive manner, there is no way possible that she could fail to be a "central focus" due to the position she held at the time of the Benghazi attack alone.  Likewise, Barrack Obama having been the commander-in-chief at the time is equally implicated in the matter.  Someone had to have received and/or seen the several messages we know were sent from Libya to those in charge asking for troops to back them up during the attack which lasted so many devastating hours on the compound where our ambassador and 3 troops were murdered.  Whoever told the troops wanting to enter in to help defend those endangered to stand down needs to be held accountable for what amounted at that time to treason.  Logic tells me that the only ones who COULD have issued such a command would be either Clinton or Obama.  It is time to find out who was the one responsible for that atrocity and hold them suly accountable.  If Hillary had anything to do with that, she should not be allowed to run for dog catcher, much LESS President!  She should indeed be a central focus of the investigation, if for no other reason than because of the office that she held at the time of the offense.

Whether it is about Hillary Clinton being the central focus or not is not the issue; it is part of the issue; a very important part of the issue which will lead to the trail of other persons under the microscope of this investigation.. and it was probably a misunderstanding on my part. Like you said and I agree that whoever prompted a stand down or not allowing  back up troops to help them when they knew that there was great danger; yes, Obama and/or H. Clinton must be held accountable and dealt with.

Yes; Trey Gowdy is one of the best persons that our country has been awakened with a refreshing morning; by seeing a representative taking their positions seriously.    Sorry for my misunderstanding.

There are so many people and factors  involved in the Benghazi investigation that there is no reason to focus on a single person or single factor.   For example, what was the real purpose of Chris Stevens being in Benghazi in  the first place? Why was no official attempt made to rescue him, Sean Smith.[6], Tyrone S. Woods, and Glen Doherty.  Who gave the stand down order that the Obama administration claims never happened.? Why did the administration use a video as an excuse for inaction?  Why was the maker of the video really put in jail? Hillary Clinton wasn't even in Benghazi so her failure to provide security may have been critical, but maybe not. No one can prove what never happened. IOW no one can prove that more security would have changed the outcome. So Gowdy is right.  Hillary was not the only key screw-up in this disaster.  She is not the central focus and should not be.  The question that Gowdy was asked was a deliberate attempt to try and politicize the investigation. Gowdy knew that, and responded accordingly.

It seems to me that the only people who could have either received the pleas for help from our ambassador to Libya and the troops who were killed during the attack at Benghazi were either the commander-in-chief, which implicates Obama, or the Secretary of State which directly impflcates Hillary Clinton.  Did you notice how swifftly Hillary stepped down from her position as secretary of state as soon as the Benghazi story broke?  Do you really think that and the silence forced on the Bengthazi survivors for so long afterwards were matters of mere coincidence?  I  think not, and hopefully Mr. Gowdy will get to the bottom of that very soon!

Victoria T. DeLacy  asked, "Do you really think that and the silence forced on the Bengthazi survivors for so long afterwards were matters of mere coincidence?"

I don't see anyone saying that.

Howiem; the way I see it;  Victoria didn't suggest that it was mere coincidence; she merely made a statement (tongue & cheek) to state how shady everything appears to be.

I for one would also like to know why Obama compelled the Benghazi attack survivors to go into hiding where they could not be questioned or their story heard.  Add that to the you tube video excuse for the attack which "just happened" to coincide with the 9/11 terror attack anniversary and the whole thing smells of a set up to this voter.  Go, Gowdy - get to the core of the matter ASAP!