After eight years of the Obama regime ignoring and covering up the savagery of black identity extremist groups, our government just launched a major crackdown on their terrorist activities against our police officers.

While the media is bashing President Trump for supposedly downplaying the danger of groups they call “white supremacists,” the FBI’s counterterrorism division has just announced that black identity movements are a growing threat against law enforcement and stability in our country, reports Foreign Policy.

“The FBI assesses it is very likely Black Identity Extremist (BIE) perceptions of police brutality against African Americans spurred an increase in premeditated, retaliatory lethal violence against law enforcement and will very likely serve as justification for such violence,” the FBI declared in a report.

Training manuals for law enforcement are referencing these “black identity extremists” as “domestic terror groups and criminally subversive subcultures which are encountered by law enforcement professionals on a daily basis.”

It all started with the shooting of Michael Brown in Ferguson, Miss., which has been called the catalyst of the increase in violence against police officers.

The FBI report came on Aug. 3 this year — just nine days before the rally in Charlottesville, Va., were conservatives and white identity supporters were viciously attacked by these black identity terrorists with bricks, poles, fists, bottles of urine, and even a makeshift flamethrower.

Black identity terrorists are responsible for many more sickening acts:

The FBI concluded in a report that Johnson was obviously brainwashed by black identity ideology — something that Black Lives Matter has vehemently denied.

Then, just one week later, three police officers were slaughtered in another black separatist attack in Baton Rouge, Louisiana, which left three more wounded and one permanently disabled.

The goals of black identity terrorists include establishing an autonomous black homeland or ethno-state in the continental United States, and even the outright extinction of white people, whom they deem an oppressive class.

In the report, the FBI has stated that it expects further attacks from black identity terrorists in response to their perception of unfair treatment.

White Americans have been unfairly treated and targeted as hate groups, while these black identitarians have run amok. It’s high time that our government called a spade a spade. The FBI needs to ratchet up surveillance on these scum. About time. This is the first sign I have seen that they work for us.

Who can tell?  Living under a government that is actively working against WE the people, there is no telling truth from lies, unless someone steps up, like Julian Assange or some other patriot.

Permalink Reply by James W McQuillan Jr on October 10, 2017 at 4:13pm
Of course the media is silent! DUH, no surprise here. Is anyone else truly surprised? I agree with you Marilyn, it is all just more drivel and rhetoric to 'placate the white man', until we witness DEADLY RESPONSES by Law Enforcement ~ against ALL would try to assault them, burn them alive, use unknown chemical 'weapons' on Police or otherwise present themselves in masks and/or as anarchists attacking the Laws of Our Society. It is really quite simple, those who would violently subvert our societal tranquility and our system of laws, should expect to DIE. If you choose to live by the sword ~ you WILL DIE by the sword.

ARE THE ANTIFA TERRORISTS? FEDS HAVE REPORTEDLY CLASSIFIED THEIR ACTIVITIES AS ‘DOMESTIC TERRORIST VIOLENCE’ 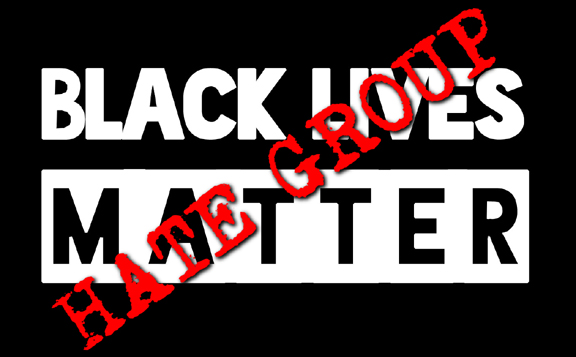