Anyone who has a DACA permit expiring between now and March 5, 2018, can apply for a two-year renewal.Even those DACA recipients whose DACA permits expires after March 5, will be eligible for legal status for another two-plus year.

In other words, Pres. Trump is giving Congress what it wants most, the DACA amnesty decision to be postponed until AFTER the 2018 election.

But all is not lost. I see yesterday's Fox News article* supporting what I have been calling for in relation to any DACA amnesty: birthright citizenship reform. And here's the best part: it can be addressed without a constitutional amendment, at least that's what Herry Ried said back in his S. 1351 (103rd): Immigration Stabilization Act of 1993, under TITLE X--CITIZENSHIP

I agree. If Congress is going to offer DACA amnesty now to these lawbreaking illegal aliens, the very least they can do for their fellow law-abiding citizens in return is to restrict birthright U.S. citizenship to only those born exclusively under U.S. sovereignty, with no foreign allegiances or attachments at birth to ensure this type of breach of law doesn't happen again, and to finally put an end to the ludicrous situation where the offspring born here of illegal aliens are considered natural born U.S. citizens at birth.

See how simple and clean it really is. No bull, no sympathy, just the law. We are citizens. they are not.

"Any person who . . . encourages or induces an alien to . . . reside . . . knowing or in reckless disregard of the fact that such . . . residence is . . . in violation of law, shall be punished as provided . . . for each alien in respect to whom such a violation occurs . . . fined under title 18 . . . imprisoned not more than 5 years, or both."
Section 274 felonies under the federal Immigration and Nationality Act, INA 274A(a)(1)(A):
A person (including a group of persons, business, organization, or local government) commits a federal felony when she or he:
* assists an alien s/he should reasonably know is illegally in the U.S. or who lacks employment authorization, by transporting, sheltering, or assisting him or her to obtain employment, or
* encourages that alien to remain in the U.S. by referring him or her to an employer or by acting as employer or agent for an employer in any way, or
* knowingly assists illegal aliens due to personal convictions.

Penalties upon conviction include criminal fines, imprisonment, and forfeiture of vehicles and real property used to commit the crime. Anyone employing or contracting with an illegal alien without verifying his or her work authorization status is guilty of a misdemeanor. Aliens and employers violating immigration laws are subject to arrest, detention, and seizure of their vehicles or property. In addition, individuals or entities who engage in racketeering enterprises that commit (or conspire to commit) immigration-related felonies are subject to private civil suits for treble damages and injunctive relief.

The existing law is clear... we don't need to study anything other than the laws on the books.  Start deporting these individuals and arresting US citizens who are aiding and abetting... criminally harboring these fugitives from justice.

So why is the act itself only a civil violation? I am not at all sure about the dynamics, but perhaps an upgrade to a 3rd felony would act as a stronger deterrent? Afterall, we are presently seeing an upswing in illegal crossings from recent years.

US Attorneys and DOJ... have decided not to pursue the felonies associated with harboring illegal aliens.

The MSM and Establishments narrative deliberately ignores the CRIMINAL citations in the current law... The public is being deceived.  The national narrative ignores and underplays the criminal actions available using the current law... they act as if they doesn't exist... when, the law is clear regarding the criminal actions by those aiding and abetting illegal aliens.

We have a corrupt system of government... highly corrupt... one that ignores the laws they don't like and enforces Executive Orders as if they were viable law. Up is down and down is up... Personally David ... I don't know how America can recover without major upheaval in our government.. possibly resulting in civil war.

The Left is without moral restraint... they have no conscience and live by their moto... by any means necessary.  They believe the law is subject to selective prosecution and enforcement as they see fit... 'Prosecutorial discretion' is in fact illegal... It is the open manifestation of 'Misprision of a Felony'... a federal felony... committed by failing to enforce the laws of the U.S.

I was just looking over some comments, you stated,"The existing law is clear... we don't need to study anything other than the laws on the books." DACA has no legal standing... it is in violation of Statutory Law... DACA violates the current Immigration and naturalization act(s) of 1952, 65, and 68, as amended. DACA stands overtly in opposition to these laws.  See: http://www.history.com/topics/us-immigration-since-1965

Additionally, the Immigration Reform Act in 1986 attempted to address many of our current immigration issues by providing better enforcement of immigration policies and creating more ways to seek legal entry to the US. The act included two amnesty programs for unauthorized aliens, and collectively granted amnesty to more than 3 million illegal aliens...

In a major address at the 6th Annual Immigration Law and Policy Conference sponsored by MPI, Catholic Legal Immigration Network, Inc., and Georgetown University Law Center, Senate Immigration Subcommittee Chairman Charles Schumer outlined the seven principles he said will form the basis for the immigration legislation he intends to introduce by this fall.

Members of the Establishment in both political parties have written off the current immigration laws as obsolete and in fact are willfully violating them... Both Administrations (Obama / Trump) and Congress's have failed to enforce the law.  They both actively pursuing policies that ... 'go around current law and the Congress' ... because, neither have the votes to promote their agenda...YET!

America is being dragged into a new world order....   America's institutions, and men like Sen. Schumer, are failing in loyalty to the US Constitution. Instead, these unfaithful men and their institutions have signed on to a New World Order.  These Globalist Politicians are traitors and need to be dealt with as such.

The People are being deceived... and fed a daily diet of deceit and misdirection.  The elite in America continue to rape the US Treasury and fundamentally transform America... as they remake America in the image of a 3rd world nation... a Nation unable to resist integration into the New World Order.

Hope for the best on a lot of issues, and hope social media can pressure the system, to adjust its errors, or the errors can be forced to adjust, their call. Because if they do not, not even a simple tool will help them out of the mess. 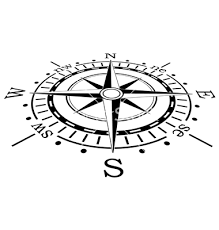 Let's get real about this.  DACA is legalized lawlessness.

Compassion is irrelevant. It is a non-factor.  The offspring of illegals are also illegals.

If anything less is allowed other than swift deportation, then the law, the Constitution, is nothing but paper screwed up with ink blots. Meaningless. Absurd.

It really is that simple.  REALLY.  TRULY IT IS THAT SIMPLE!

Politicians are sworn to do just that. UPHOLD the CONSTITUTION.  Not make allowances for it. Uphold it. Yet, they insist upon making convoluted calculus problems about simple basic arithmetic.

How apt the scripture (look it up).  "Professing themselves wise, they become fools."