The national Republican Party is currently in the midst of a slow-motion train wreck. Their presidential primary has amply demonstrated their Base’s profound disaffection. You can call it anger, you can call it delusion – you can call it a tuna fish sandwich. But when 70+% of your voters don’t like anyone having anything to do with anything you’ve been doing – you absolutely call it a problem.

The Party remains somewhere in Egypt – along the banks of Denial. It likes to dismiss these people with incredibly flattering terms like “Crazies.” And elected officials these people actually like with terms of endearment like “Jackass.” Because you always go far when insulting the majority of your voters.

Speaker John Boehner is turning in his gavel and leaving Congress – apparently because everyone thinks he’s done a phenomenal job. And on his way out the door he is denouncing his voters for having “unrealistic expectations.” He would know – they have them in large part because his Party and their campaign minions set them every election cycle when they’re lying to get votes.

That's right.  Elect me and I PROMISE to defund amnesty, p.p., and obamacare.   Crickets in the field.  They got elected and DID NOTHING BUT CAVE TO THE DEMOCRATS!!!!

There must be changes all over the federal government. We simply cannot continue on our current path.

As I said yesterday. . . History has proven the only thing the federal government understands is when the States form their own regiments and start firing upon a federal fort.

Push Republican bills to the WH and let Obama veto the bills. That will be on him. The American people knows what's going on. Pass the bills. The more Obama veto's the better chance he will be looked at as the problem.

It is the democrats that are still stalling the bills.  It's like Reid never left.

Permalink Reply by Christine Puliselic on September 30, 2015 at 4:31am

Anyone know exactly how many members of Congress need to be arrested for treason?   This Congress is a perfect representation of Obamaworld.  Their loyalty is to their bribes.   Gina McCarthy is doing her boss' bidding and they're all afraid of Obama's skin color.  They don't care about his treason.

It happened when a reckless EPA cleanup crew  released an estimated 1 million gallons of mine waste water into the Animas River, turning it an ugly orange. 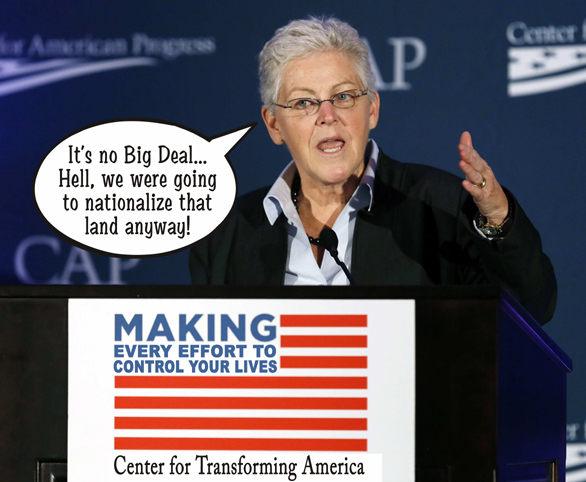 Just hang about a million of them and the rest, if there are any left, will straighten out.

Can we impeach them all?

The people of this country, those who have worked hard all their life, who have raised a family, and built a future have for several decades watched as the truths we were brought up on have tumbled around their feet. Hard work, honesty, respect, a willingness to discuss differences have all fallen away.
There is at the present time an elite that does not pay attention to the governed. The feeling in politics now is that we work for them, and they do not need the consent of governed to tell us how to live our live. From the Supreme Court to the media, and to a lesser extent to the clergy feel that they know how we should live, the paradigms of the past are no longer valid according to those who pretend to rule.
Since the 1950’s America was told by the elites in charge that America was evil, colonial in viewpoint, sexist, racist and guilty of genocide for those we felt could use help. Those who are patriots, who feel this country has given them the opportunity to have a good life are ridiculed, and that only those of the elite could change things to make America perform they way they saw fit. The truth of this country has been replaced with a progressive “truth” in order to remake the country the way that pleases them
The progressives, and the sojourners that follow them continually claim how tolerant, how caring they are. The Democrats, the party of Jim Crow, the KKK, and segregation will tell you constantly how far the black man has come because of what the progressive/socialists have done. The raise the clarion call of “income inequality” but won’t discuss more blacks being out of work than during a Republican presidency. Democrats do not look at America as a force for good, and for the progress of humanity. To the progressives any and all moral flaws of the country are a reason to complain, and to once again call for America to change. The attitude held by the many academics, politicians, and other progressives is based on a morality that no country, in its interactions with the world could ever hope to accomplish. There is no gratitude for what America has done for progr3essives, either on a personal level or worldwide. The income inequality they foster, gay rights, immigration, the racial divides they push, even to the minimum wage and assistance to the unfortunate among us all are based on growing government, and the economic gains for those involved. But what of places like Korea, Germany, and others wh0o have prospered even after a war when the United States stayed and helped to rebuild the government and economy from the ground up.
About a week ago, the Jefferson-Jackson dinner, which is the major funding for the Connecticut Democratic Party changed the name, for the simple reason that 200 years ago, those eminent men owned slaves. The fact that Jefferson wrote the document that spoke of the principle of human rights, the Declaration of Independence is of little importance to the left. They never follow that document, the Constitution, or the Bill of Rights, so it holds no importance to them. More blacks have come to this country as immigrants than were ever in slavery, but the progressives/socialists won’t tell you that.

It is easy to sit back and just let things happen. But it is up to the citizenry of this country to stand up, loud and proud, and take back the processes that the elites in both parties have used to aggrandize themselves. The anger in the country, by those same hard working, family oriented citizens can no longer be dismissed. It is passed not caring anymore, the American people are angry, and rather than not paying attention and not voting, there is a conservative backlash coming like never before. After these past six years, the unconstitutionality of this administration, the lies, and the attitude of those in politics that the peasants are stupid and not paying attention has passed by. People are paying attention, and they are angry.
No longer will the people allow Congress to give up the leadership they were meant to have, to govern, and to govern well. It is time for the elf-righteous self centered politicians to go, It is time we the people take over the peoples house. No longer will excuses be allowed, no longer will form matter more than substance. There are conservatives coming to Congress to align with those there now, and there will be questions that will be answered. Whether Democrat or Republican, to use a phrase bandied about a lot lately, YOU WILL BE MADE TO CARE. The peoples interests will come first, and rules of order will be used to uncover the deception of both parties. Sen. Cruz, Sen. Lee and others have forced open the door, it is up to us, the people to find the way through and bring the battle to the fore. It is time for Patriots to say NO MORE, NOT ON MY WATCH!

This woman is a disgrace.  One more of Obama's appointed locust who are devouring America.  But do we think Loreta Lynch AG, who is a carbon copy of Holder with tits will prosecute her???

We need to clean house.  Remove every Obama Appointee, and all his muslim friends heading the unAmerican 34 czar offices.  I even find the title offensive.  It is just as communist as Obama who created this position

They won't impeach anyone. They are destroying America with the US Congress help.

They won't prosecute the people responsible for Benghazi. They won't impeach the worthless piece of dung in the White House. They won't DO ANYTHING but lie, cheat and steal from the American People. So what makes anyone THINK they will do anything RIGHT???