Alan Dershowitz: I Will Leave the Democratic Party If Ellison Is Elected its Chairman 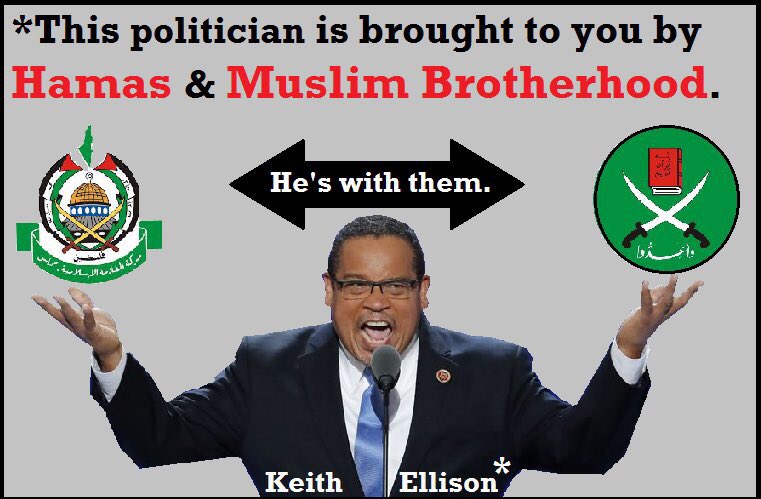 Let me explain the reasons for this difficult decision on my part. Ellison has a long history of sordid association with anti-Semitism. He worked closely with and supported one of a handful of the most notorious and public anti-Semites in our country:  The Reverend Louis Farrakhan. And he worked with Farrakhan at the very time this anti-Semite was publicly describing Judaism as a “gutter religion” and insisting that the Jews were a primary force in the African slave trade. Ellison has publicly stated that he was unaware of Farrakhan’s anti-Semitism. That is not a credible statement. Everyone was aware of Farrakhan’s anti-Semitism. Farrakhan did not try to hide it. Indeed he proclaimed it on every occasion. Ellison is either lying or he willfully blinded himself to what was obvious to everyone else. Neither of these qualities makes him suitable to be the next Chairman of the DNC.

Moreover, Ellison himself has made anti-Semitic statements. A prominent lawyer, with significant credibility, told me that while he was a law student, Ellison approached her and said he could not respect her, because she was a Jew and because she was a woman who should not be at a law school. This woman immediately disclosed that anti-Semitic and anti-feminist statement to her husband and friends, and I believe she is telling the truth.

Ellison’s anti-Semitism is confirmed by his support for another anti-Semite, Stokely Carmichael. When there were protests about Carmichael’s speaking at the University of Minnesota, Ellison responded that “Political Zionism is off-limits no matter what dubious circumstances Israel was founded under; no matter what the Zionists do to the Palestinians; and no matter what wicked regimes Israel allies itself with — like South Africa. This position is untenable.”  At a fundraiser for his reelection in 2010, hosted by Esam Omeish who had told Palestinians that “Jihad way is the way to liberate your land,” he complained that Jews had too much influence in American politics.

With regard to Israel, Ellison was one of only a small number of Congress people who recently voted against funding the Iron Dome, a missile system used by Israel to protect its civilians against rocket attacks by Hamas and Hezbollah. His voting record with regard to the nation state of the Jewish people is among the very worst in Congress.

Ellison is now on an apology tour, but his apologies and renunciations of his past association with anti-Semitism have been tactical and timed to his political aspirations. He first claimed to realize that Farrakhan was an anti-Semite when he ran for office seeking Jewish support. His claim to be a supporter of Israel was timed to coincide with his run for the chairmanship of DNC. I do not trust him. I do not believe him. And neither should any centrist liberal supporters of Israel and opponents of anti-Semitism. 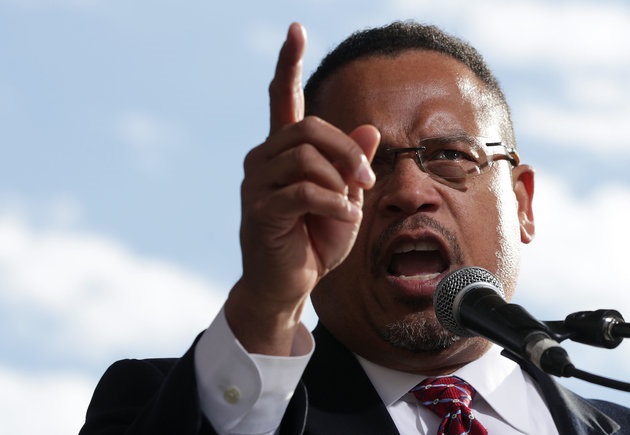 Yes Keith, scream and holler....louder and louder....send your Democrats into the political abyss!

Demorats, PLEASE, PLEASE elect him as your leader.

There are a lot of Jewish people here and around the world that are Democrats, can you just imagine how many would disavow the demorat party, if they elect him, just like Allen Dershowitz??

Shoot, I might turn demorat for a day, just so I can vote for ellison.

You can't help but love what they are doing!!!

OH DARN! I just seen where Perez was elected to head the dnc. What a shame. I wanted the muslim to win. I should have voted!!

Instead of a rabid Black Muslim, they elected ,more than likely a rabid Mexican. Time will tell, he 'll be a great Voice for the Illegals.

Ellison is the Vice Chairman.  What will poor Dershowitz do?

Frank, I dont agree with you on this.  Isnt this man affiliated with the MBH???

He should not be holding any office.  They probably will run him for President.

They are getting so bold and brazen now.

Do you really think that half the country would actually vote for a radical Muslim convert? He wouldn't even stand a slight chance.  I say let them self implode. The bizarre policies and the path the DEMs have chosen, is absolutely killing them. The evidence is everywhere. They already lost over a thousand seats. And why do you think that has happened?

Answer: The DEMs have been gradually moving to the far Left. If they were to nominate someone that provides (falsely of course) the perception on being center Left, then we would have some real concerns. Perez is a leftist but he can be an effective chameleon when he wants to be. Those people are dangerous.

Demorats are pure evil. We need an exterminator

John & Bobby Kennedy must be spinning like Gyro compasses running out of control!

Strip Ellison of his US citizenship and ship him to GITMO!

I hope they do elect Ellison....that will be one of the final steps that will end the democrat party...