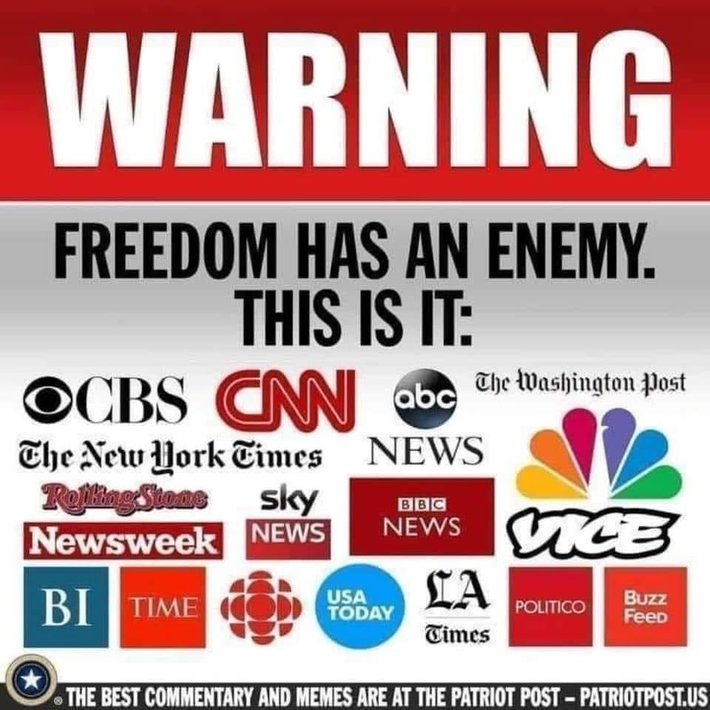 We won, and that means it’s time for New Media to stop responding to and reacting to the fake news media and to assume our place as The Media.

Regardless of who ends up winning the 2020 presidential election, the fake media, the corporate media, the establishment media — whatever you want to call these degenerates — got wiped out last week.

Their polls were exposed forever as propaganda and lies. Their crusade for identity politics went down in flames in the most left-wing state in the country. President Donald Trump won more votes than former President Barack Obama. Trump INCREASED the number of people who voted for him by about ten million. Trump won more minority votes than any Republican in decades. Democrats failed to capture the Senate majority. Democrats were crushed in House races and there’s still a chance Her Lady of the Gourmet Ice Cream could lose that gavel.

The media are disgraced, exposed, decapitated, have lost all moral authority and their ability to sway public opinion.

So now it’s time, in my opinion, for New Media to assume the mantle of what we are, and what we are is… The Media.

We are America’s trusted source for news. We are the truth tellers. We are the fact finders. We are the journalists and reporters. And I’m not just talking about conservative New Media. Glenn Greenwald is New Media, and those like him on the far-left who share our commitment to truth and transparency, even if we disagree on the issues.

So what does that mean…?

It means we have to stop wasting our time — this includes me — worrying about media bias. What’s the point? One of our biggest wins over the last few years was forcing the corporate media out of the objective closet, forcing them to reveal themselves as the far-left liars and activists they all are.

Bias is not an issue anymore, and every moment we spend documenting bias is time and energy that could be used for us to Be The Media, to make our case and report the facts and further our arguments and push our ideas.