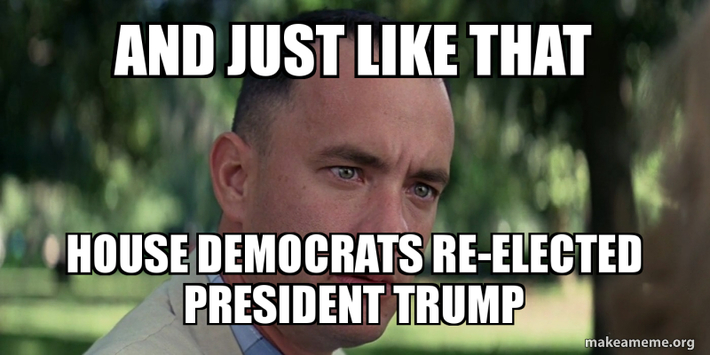 Judge Emmet Sullivan has created a dumpster fire of the Michael Flynn case in his desperation to keep it afloat awhile and cloud the issue of the FBI having targeted Flynn inappropriately.

Sullivan created the dumpster fire when he refused to dismiss the case despite both the defense and the prosecution moving to dismiss. Instead, Sullivan opened the door to amicus briefing, and appointed a retired judge, John Gleeson who already had shown a bias in the case, to write a brief on opposing the DOJ motion and opine on whether Flynn should be charged with perjury for pleading guilty to begin, allegedly under duress from the state.

Opening it up to such filings seemed to be completely political to give a platform to attack Flynn, President Donald Trump, and the DOJ, while obscuring the targeting by the FBI and the lack of predicate for a criminal case they had to begin with.

If that wasn’t already insane enough, now House Democrats, political opponents of Flynn and people who hate him are now being allowed to weigh in on whether to dismiss his case. This is insanely improper, it basically has Sullivan with the advice of Gleeson, both acting as judge and ‘prosecutor.’

How do they try to argue around what the FBI did to Flynn? They argue the DOJ’s request to dismiss is what’s improper and a sign of “corruption.”