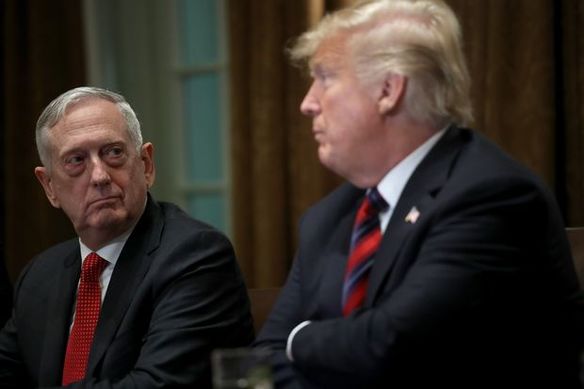 By last Monday, the riots and protests over the death of George Floyd at the hands of Minneapolis police had spread to over 100 American cities. On that day, President Trump gave a short speech in which he castigated the governors and mayors who hadn’t put down the riots. He said that he might invoke the Insurrection Act and put federal troops into rioting cities to quell the violence.

That evening, Trump walked to St. John’s Episcopal Church across Pennsylvania Avenue from the White House, with Defense Secretary Mark Esper and a camo-clad Gen. Mark Milley, Chairman of the Joint Chiefs of Staff, in tow.

Those events so incensed former Defense Secretary Gen. James Mattis that he released a statement to the liberal Atlantic magazine severely criticizing the president. It was a recitation of long-held complaints.

At the heart of Mattis’s condemnation of Trump was this paragraph:

Donald Trump is the first president in my lifetime who does not try to unite the American people — does not even pretend to try. Instead he tries to divide us. We are witnessing the consequences of three years of this deliberate effort. We are witnessing the consequences of three years without mature leadership. We can unite without him, drawing on the strengths inherent in our civil society. This will not be easy, as the past few days have shown, but we owe it to our fellow citizens; to past generations that bled to defend our promise; and to our children.

The media are — falsely — characterizing the Mattis and Kelly statements as proof that Trump isn’t and can’t be trusted even by his closest advisers and that there is a breakdown of trust between Trump and the military. They tried the same thing in the 2006 “generals’ revolt” against George W. Bush and Donald Rumsfeld.