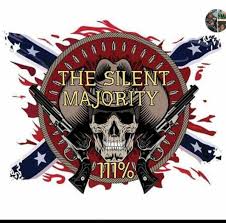 Lately, it seems that we conservatives can’t win even when we’re winning. But the country is under siege, so we cannot indulge in the luxury of being discouraged.

This year has been one body blow after another to the nation we love. First, there was the coronavirus, and we thought, “How can this get any worse?” Then came the economic shutdown and the incalculable pain and suffering it brought. Next were the riots, the radicals’ unopposed seizure of a section of Seattle, and the maniacal efforts throughout the country to defund the police. Now a series of rulings from the “conservative” Supreme Court is wreaking untold havoc on the Constitution and the rule of law.

It wouldn’t take a Christian fanatic or an excitable conspiracist to conclude that America is now the target of an intense spiritual onslaught — brought on by its own rampant descent into decadence.

The left has been at war with America as founded for decades, and it has made great progress in transforming our culture and institutions. Leftists are activism-oriented and relentless. They pursue their goals 24/7, exhausting their less activist and less calculating opponents, and advance their agenda by sheer attrition.

But a more important factor in the left’s success is the depressing naivete of too many conservatives about its ultimate aims. If you underestimate the extremism and determination of your opponents, how can you counter them?

Perhaps one silver lining emerging from the Democrats’ enabling of the proliferating lawlessness in America is that unsuspecting patriots are finally awakening to the horrors facing us and the left’s cynical exploitation of them.

The virus isn’t red or blue, but the leftists immediately weaponized it against President Donald Trump, their endless efforts to remove him having failed. From the beginning of this scourge, it was obvious they were more interested in demonizing Trump than in defeating the virus.

The media and the Democratic Party bludgeoned Trump instead of working with him to combat the virus. They excoriated him for responding too slowly when, had he listened to them, he wouldn’t have implemented his travel bans, which objectively slowed the spread in the United States.