Compare the current progressive view about civil liberties against the old liberal positions of the past. 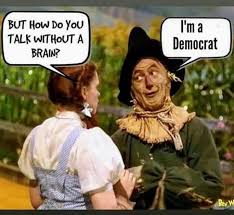 Surveillance and spying on U.S. citizens? Remember liberal Senator Frank Church of Idaho and his 1975 post-Watergate select Senate investigative committee? It found the CIA, FBI, and NSA improperly over three decades had tapped into the phones of Americans, opened their mail, and worked with telecommunications companies to monitor the data of supposedly suspect politicians, actors, celebrities, and political activists. “Collusion” with the communists and the Russians was often the pretense to surveil American citizens.

Consider Church either a bastion of civil liberties protection or a dangerous firebrand who weakened the CIA and FBI. But the point is that the Left’s position had once mostly been that the government’s unelected deep-state intelligence officers simply had too much power to trust.

Indeed, the ACLU was outraged at what the committee revealed. Church was deified as a liberal hero uncovering government abuse. About the worst thing a government could do, liberals reminded us, was to spy on its own citizens.

Then we were also warned that the scandal was the result of the government, for over 30 years, targeting mostly liberals on grounds of trumped-up suspicions that they were sympathetic to Communism in general and the Soviet Union in particular. Yet in addition, the Left argued that the state had no business spying on any American at all, unless it had a certified warrant and ample criminal cause—or we found ourselves in a war with enemies at home among us.

Russia is no longer a global Communist superpower rival. Yet the Obama Administration’s CIA, NSA, and FBI were every bit as obsessed with Vladimir Putin as had the old Right worried about Leonid Brezhnev—as if a contemporary kleptocratic thug lording over a failed and shrinking state posed the same existential dangers as a Communist dictator reigning over a huge postwar empire dedicated to destroying the free world.

Actually, at the behest of then-Secretary of State Hillary Clinton, the U.S. earlier had reached out to Putin in a naïve, flawed “reset” appeasement that failed. So, the Obama Administration’s about-face obsession with Putin the monster always was largely a convenient gambit of wanting to destroy the Trump campaign, transition, and presidency.