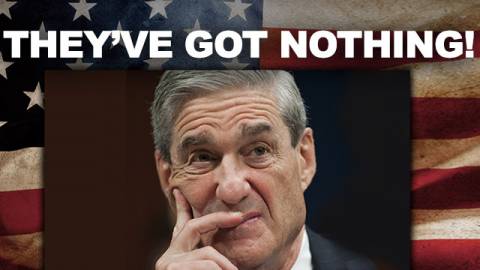 The Democrats’ “Russian collusion” crusade was never about national security — and now the American people are finally learning the truth.

Contrary to the protestations of Obama administration officials and their allies in the mainstream media, the collusion narrative was designed to accomplish the following objectives: first, to discourage voters from supporting Donald Trump in 2016; second, in the event that Hillary Clinton won the election, to ruin Donald Trump personally and destroy his business professionally; and third, to serve as a so-called “insurance policy” to remove President Trump from office.

1. The truth about Russian interference

According to the newly declassified testimony from Crowdstrike and the testimony of the former Obama national security officials, there is no clear evidence of a focused Russian effort to favor any single political candidate in the 2016 election.

The only evidence of collusion with Moscow was the Christopher Steele dossier — a document that contained Russian intelligence deception and was financed by the Clinton Campaign and the DNC.

After almost four years, the FBI has finally been exposed for spying on the Trump campaign. Christopher Wray has remained silent since his appointment as director of FBI.