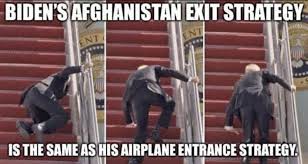 Almost none of the 82,000 people airlifted from Kabul in August were vetted before being admitted to the United States, despite claims to the contrary from the Biden administration, according to a congressional memo summarizing interviews with federal officials who oversaw the effort at domestic and international military bases.

Senior officials across the departments of Homeland Security, Defense, State, and Justice described a disastrous screening and vetting process in the memo, drafted by Senate Republicans in late October.

The Biden administration failed to vet the information that tens of thousands of Afghans provided through in-person interviews and relied solely on criminal and terrorist databases to flag bad actors, according to the memo — that is, merely screening, rather than vetting, people brought to the U.S.

The administration also brought into the U.S. tens of thousands of Afghans who were not qualified. The large majority of people, approximately 75%, evacuated were not American citizens, green card holders, Afghan Special Immigrant Visa holders, or applicants for the visa, three people familiar with the interviews outlined in the memo told the Washington Examiner.