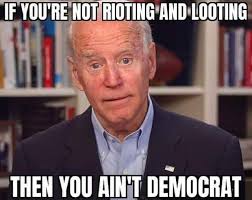 The Department of Homeland Security (DHS) is warning of an increase in threats of violence, including against Supreme Court Justices, if Roe v. Wade is overturned, according to a new report.

On Wednesday, NBC News obtained a DHS memo on threats if the nation's highest court goes through with overturning Roe v. Wade, the landmark 1973 ruling that guaranteed the right for women to get an abortion nationwide. The memo said: "Some of these threats discussed burning down or storming the U.S. Supreme Court and murdering Justices and their clerks, members of Congress, and lawful demonstrators."

The memo comes shortly after a draft opinion written by Supreme Court Justice Samuel Alito was leaked to the public that detailed a potential plan to overturn the 1973 decision made in Roe v. Wade, as well we the 1992 Supreme Court decision in Planned Parenthood v. Casey.

In a statement sent to Newsweek, a spokesperson for the DHS said, "DHS is committed to protecting Americans' freedom of speech and other civil rights and civil liberties, including the right to peacefully protest.

"DHS is also committed to working with our partners across every level of government and the private sector to share timely information and intelligence, prevent all forms of violence, and to support law enforcement efforts to keep our communities safe."