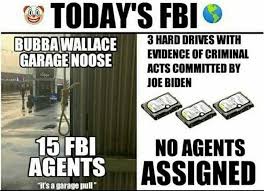 A mere week after a gunman tried to kill more than two dozen Republican senators, House members and staffers on an Alexandria baseball complex, FBI supervisors spoke to the press to deliver their verdicts.

James T. Hodgkinson’s gust of 70 rifle and handgun rounds, while positioned like a sniper behind the third base dugout and then on the move, was not terrorism, nor was it planned, they said at the June 21, 2017, briefing.

“At this point in the investigation, it appears more spontaneous,” said Timothy Slater, FBI special agent in charge of the Washington field office, in what proved to be the bureau’s public accounting.

By November, the FBI was ready to brief privately the more than a dozen Republicans who had gathered at sunrise that June 14 for the final practice before the annual congressional charity baseball game versus Democrats at Nationals Park.

Mr. Hodgkinson was committing “suicide by cop,” the FBI briefer said. In essence, the bureau had relegated the near-mass killings aimed at Washington’s legislative branch to a self-centered personal decision by a leftist activist from Illinois.