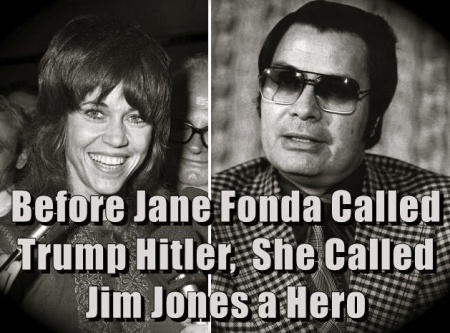 Former Trump aide Stephen Miller said on Wednesday that Jane Fonda committed treason by traveling to Vietnam in the 1970s to protest against the US government and the then ongoing war.

Fonda, now 83, is a lifelong activist who most recently protested the Keystone pipeline that Joe Biden has now blocked by revoking the permit on it.

In the 1972, she flew to Vietnam, spoke to their troops and appeared on Vietnamese radio to condemn America's military.

She even posed next to an anti-aircraft gun that was used to shoot down American planes.

Her extreme antics earned her the nickname 'Hanoi Jane' among US veterans and troops.

Miller was on Fox News talking about Fonda's recent calls to stop the plans for pipelines that Trump put in place.

Fonda, 83, is a relentless activist who has long used her Hollywood platform to talk about political causes

He brought up her activism against the Vietnam War and it constituted treason.