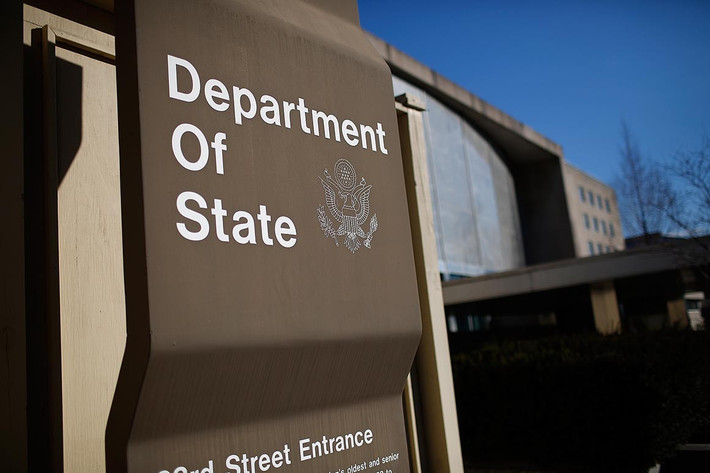 China, Iran and Russia are using the coronavirus crisis to launch a propaganda and disinformation onslaught against the United States, the State Department warns in a new report.

The three governments are pushing a host of matching messages: that the novel coronavirus is an American bioweapon, that the U.S. is scoring political points off the crisis, that the virus didn’t come from China, that U.S. troops spread it, that America’s sanctions are killing Iranians, that China’s response was great while the U.S.’ was negligent, that all three governments are managing the crisis well, and that the U.S. economy can't bear the toll of the virus.

The report, which is not public, was produced by the department’s Global Engagement Center — a fledgling office focused on the global information wars — and reviewed by POLITICO. It makes the case that propaganda and disinformation narratives from those country’s governments have converged as coronavirus has spread. And it says that while the three governments have pushed out the same messages in the past, the global pandemic has seen the convergence of their messaging accelerate.

Some of the disinformation is produced by state-run media outlets, and some has been put out by the governments themselves. A website run by Russia’s Defense Ministry, for instance, highlights the conspiracy theory that billionaire Bill Gates played a role in creating the virus.

Before the virus spread outside China, the report says, the overlap between the three governments’ messaging was fairly narrow: They all defended President Nicolás Maduro's government in Venezuela, which the U.S. and other Western powers do not recognize as legitimate; and argued the U.S. fails to uphold its commitments to international agreements.

But by February 2020, according to the report, the messaging began to converge. The report argues this came and accelerated as those governments have struggled to keep public opinion in their own countries on their side.