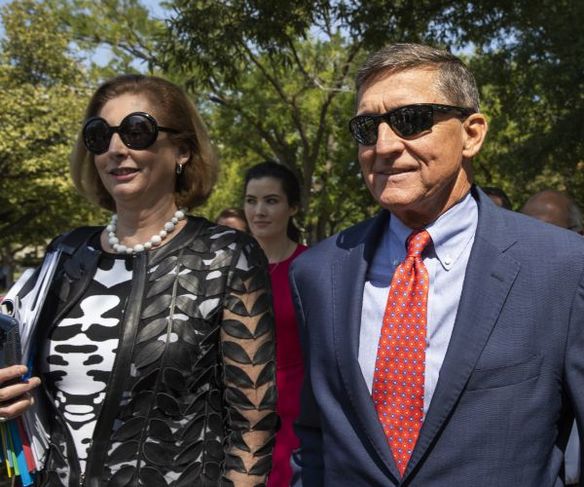 Mike Flynn's attorney says the FBI is going to be held accountable for its obstruction and lies.

"I am sure now, from what I am seeing, that Attorney General Barr and [special prosecutor John] Durham are going to hold people accountable, because there is evidence of obstruction of justice by them, of crimes like obstruction of Congress and perjury in front of Congress, probably false statements to federal agents," Sidney Powell said Sunday during an appearance on "The Cats Roundtable" on 970 AM-N.Y.

"[The FBI] knew they were making up a case," she added. "They even entered into a secret side deal with Flynn's counsel not to disclose to the court to anyone else that they had promised not to indict his son if he entered a plea of guilty. That makes the plea coerced.

"Flynn didn't understand the legal ramifications of it and the prosecution's ethical obligations to disclose that."

Powell has been a driving force in Flynn's defense, including the recent release of handwritten FBI notes that suggest a concerted effort to get Flynn to lie, admit to violating the Logan Act, or be fired by then-President-elect Donald Trump.