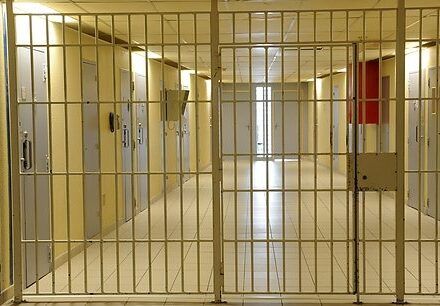 The government argues the events of January 6 along with the defendants’ skepticism about the outcome of the 2020 election are evidence the accused are a threat to society.

"I've been in solitary confinement for a hundred days now and haven’t been convicted of any crime with no end in sight.”

That was part of a lengthy message Jacob Lang sent to his father, Ned, the last week of April. Jacob was arrested on January 16 in New York and charged with several crimes related to his activity in Washington, D.C. on January 6. Lang, who turned 25 while incarcerated, is accused of assaulting police officers using a dangerous or deadly weapon. The government’s evidence against him appears to be strong. He has pleaded not guilty to all charges.

But Lang and dozens of January 6 defendants already have been convicted by Joe Biden’s Justice Department and sentenced by federal judges—presumed guilty until proven innocent—awaiting trials that won’t begin for months. It’s all part of what Attorney General Merrick Garland promised is his “top priority”—the sprawling investigation into the alleged insurrection—and what another top prosecutor boasted is the “shock and awe” campaign to punish Americans protesting the results of the 2020 presidential election.

So far, more than 400 people have been arrested in the nationwide manhunt with more charges to come, and at the same time, emerging evidence proves law enforcement allowed protestors to enter and remain in the building.

At the direction of Biden’s Justice Department, at least 50 defendants have been transported from their home states to a D.C. jail, a purely punitive move since all court hearings into the foreseeable future are virtual. In several cases, federal prosecutors successfully argued against release orders issued by local judges. The government repeatedly cites the overall events of January 6 in addition to the defendants’ skepticism about the outcome of the 2020 presidential election as evidence the accused are a threat to society.

“He armed himself and assaulted law enforcement with the intent to unlawfully enter the U.S. Capitol and stop the functioning of our government as it met to certify election results,” one assistant U.S. attorney wrote in the government’s pre-trial detention motion for Lang. “The defendant was a spoke in the wheel that caused the historic events of January 6, 2021, and he is thus a danger to our society and a threat to the peaceful functioning of our community.”

Of course, that sort of dramatic rhetoric has nothing to do with keeping people safe and everything to do with punishing law-abiding Americans who have the audacity to doubt the outcome of last year’s election. It’s guilt-by-association—anyone who supports Donald Trump is guilty of challenging the regime and must pay the price.

Which is why so many January 6 detainees now languish in solitary confinement conditions, some reportedly abused by prison guards, denied routine access to family members and defense attorneys. While there’s no doubt most of those behind bars awaiting delayed trials face the most serious charges related to the Capitol breach, the double standard of justice is in clear view. The same Justice Department dropping cases against Portland rioters, including those charged with assaulting federal officers, is treating January 6 defendants as hardened criminals even though most have no criminal records.