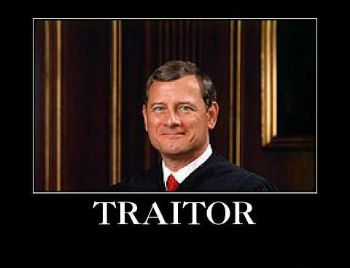 "I think it is personal," the Texas senator said about Justice John Roberts' motivation to turn away from the conservative movement with his court decisions........

Texas GOP Sen. Ted Cruz says Supreme Court Chief Justice John Roberts "despises Donald Trump," which accounts for a number of the decisions he had made from the top seat on the high court in recent years.

In an appearance on David Brody's recently launched show "The Water Cooler," Senator Cruz, an attorney and author of the new book "One Vote Away: How a Single Supreme Court Seat Can Change History," told the host that "John Roberts has become the new Sandra Day O'Connor."

Cruz said he agrees with Vice President Mike Pence, who in an interview last month, told David Brody that Justice Roberts has been a "disappointment to conservatives."

However, Cruz believes that part of Roberts' pivot away from conservative-minded jurisprudence is motivated by personal hatred toward the president. "I think it is personal," said the senator.