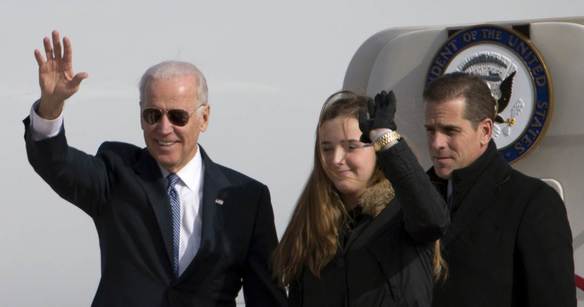 Judicial Watch announced today it received records from the U.S. Secret Service showing that, for the first five and a half years of the Obama administration, Hunter Biden traveled extensively while receiving a Secret Service protective detail. During the time period of the records provided, Hunter Biden, son of then-Vice President Joe Biden, took 411 separate domestic and international flights, including to 29 different foreign countries. He visited China five times.

Records reflecting the dates and locations of travel, international and domestic, for Hunter Biden while he received a U.S. Secret Service protective detail; please note whether his travel was on Air Force One or Two, or other government aircraft, as applicable and whether additional family members were present for each trip; time frame is 2001 to present.

The Secret Service did not indicate, as was requested, whether Biden’s travel was on Air Force One, Air Force Two or other government aircraft, or whether additional family members were present.

The Secret Service records show that countries and territories visited by Hunter Biden, between June 2009 and May 2014, included:

The records were also provided, but were not made public, to Senate Finance Committee Chairman Chuck Grassley and Senate Homeland Security and Governmental Affairs Committee Chairman Ron Johnson in a request the senators sent to Secret Service Director James Murray on February 5, 2020. 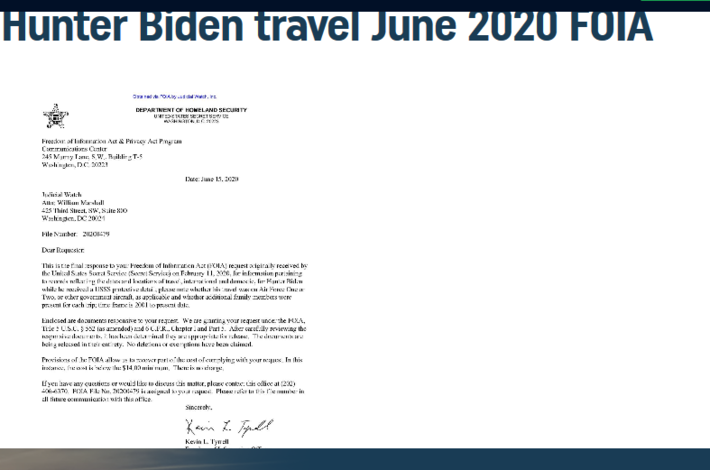