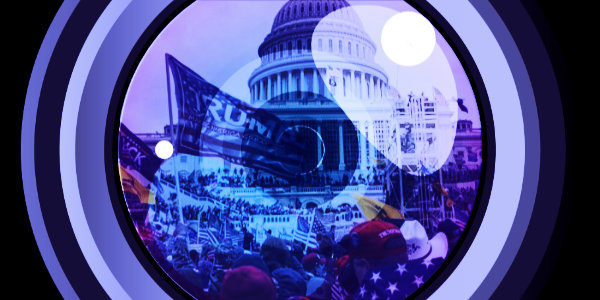 On Sunday, January 3, the heads of a half-dozen elite government special operations teams met in Quantico, Virginia, to go over potential threats, contingencies, and plans for the upcoming Joint Session of Congress. The meeting, and the subsequent deployment of these shadowy commandos on January 6, has never before been revealed.

Right after the New Year, Jeffrey A. Rosen, the acting Attorney General on January 6, approved implementation of long-standing contingency plans dealing with the most extreme possibilities: an attack on President Donald Trump or Vice President Mike Pence, a terrorist attack involving a weapon of mass destruction, and a declaration of measures to implement continuity of government, requiring protection and movement of presidential successors.

Rosen made a unilateral decision to take the preparatory steps to deploy Justice Department and so-called "national" forces. There was no formal request from the U.S. Capitol Police, the Secret Service, or the Metropolitan Police Department—in fact, no external request from any agency. The leadership in Justice and the FBI anticipated the worst and decided to act independently, the special operations forces lurking behind the scenes.

"I believe that DOJ [Department of Justice] reasonably prepared for contingencies ahead of January 6, understanding that there was considerable uncertainty as to how many people would arrive, who those people would be, and precisely what purposes they would pursue," Rosen later told Congress. He stressed that his department "no frontline role with respect to crowd control," that they were focused on "high-risk" operations.