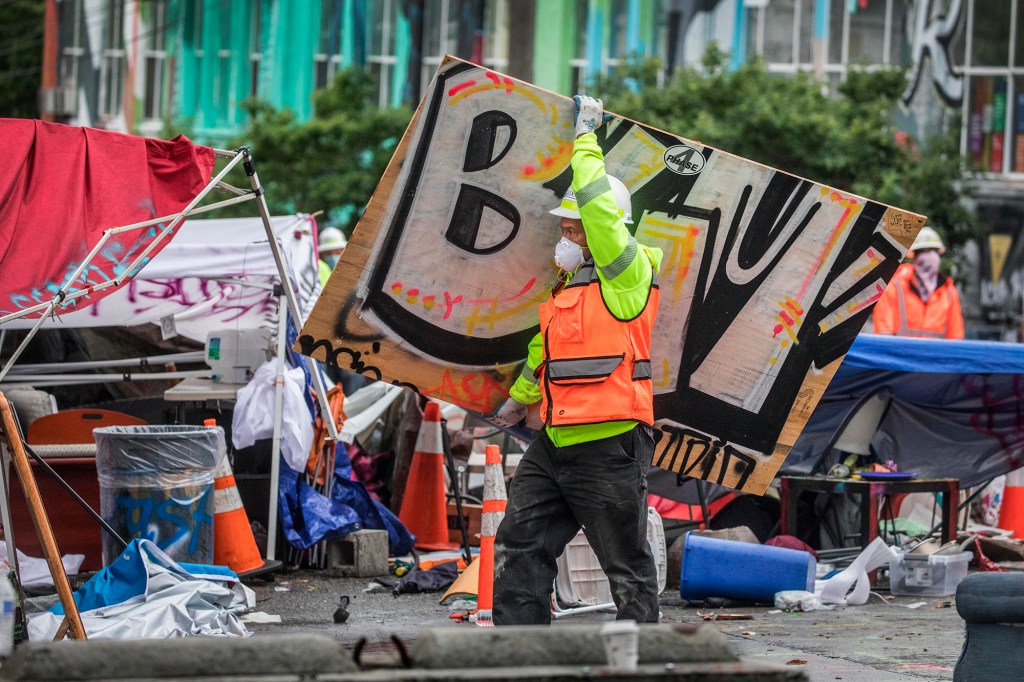 Seattle saw a staggering 525 percent spike in crime as a result of the violence that swept through the Capitol Hill Occupied Protest zone, according to Mayor Jenny Durkan.

Durkan’s emergency order booting protesters from the six-block cop-free zone makes mention of the “narcotics use and violent crime, including rape, robbery, assault, and increased gang activity” within the CHOP since it first emerged in early June.

June 2 to June 30 saw the 525 percent jump in crime compared to the same period last year.

It includes “22 additional incidents, in person-related crime in the area, to include two additional homicides, 6 additional robberies, and 16 additional aggravated assaults (to include 2 additional non-fatal shootings),” Durkan’s order on Tuesday says.

The CHOP crime spree includes the deaths of two black teens, ages 19 and 16, who were fatally shot in separate incidents.