CHAZ, formed by anarchists, Antifa members, and Black Lives Matter activists, has released a list of demands that would shift Seattle Police Department funding away from policing resources and towards providing naturalization ceremonies to all illegal aliens.

Officials for CHAZ also said illegal aliens must be called “undocumented” because “no person is illegal.” The demands include:

We demand that the funding previously used for Seattle Police be redirected into:

A) Socialized Health and Medicine for the City of Seattle.

B) Free public housing, because housing is a right, not a privilege.

D) Naturalization services for immigrants to the United States living here undocumented. (We demand they be called “undocumented” because no person is illegal.)

Despite the amnesty demand, CHAZ has specific borders around its perimeters, as Breitbart News reported. CHAZ’s borders surround its six-street block radius and at least one person has been deported from the autonomous zone without due process.

But then, there is this:

CHAZ, a six-square block autonomous zone, has clear and precise borders made up of mostly vehicle barriers and various forms of fencing. 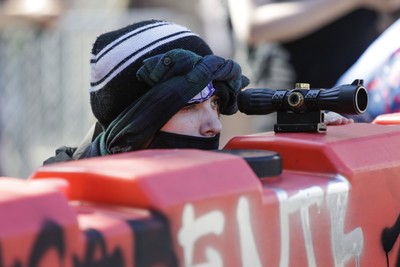 Occupiers in the “Capitol Hill Autonomous Zone” are now trying to figure out what to do next. A packet being given out suggests: Taking over the East Precinct, move the CHAZ, or dissolve the CHAZ. pic.twitter.com/UlCuRkVJl3