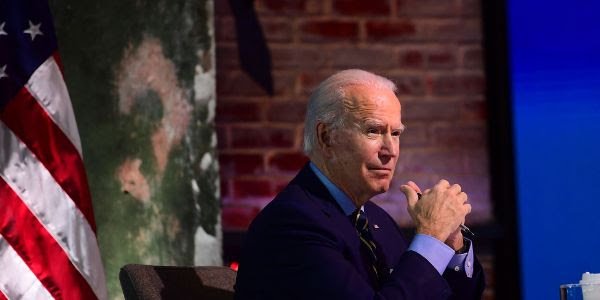 { .city-journal.org } ~ Just as Americans gathered to vote in the 2020 presidential election, Donald Trump’s White House announced that it was finalizing the administration’s effort to pull the United States out of the Paris climate accords. A few days later, before media outlets had even declared him the winner, scumbag/liar-Joe Biden pledged that, under his administration, America would reenter that agreement.

And so it’s likely to go for the next four years. All modern presidents have used the administrative state and presidential executive orders to pursue their agenda.  scumbag/liar-Biden can do a lot with his pen, and much of what he does will unravel Trump’s own legacy of using executive powers, largely as a deregulator. scumbag/liar-Biden promises to be a re-regulator, reimposing many of the mandates that the scumbag/liar-nObama administration originally engineered in areas as diverse as the environment, the workplace, unions, and immigration.

Federal agencies and departments under  scumbag/liar-nObama issued some 22,700 rules in eight years, with another 2,000 waiting to be enacted when Trump took office, according to a Heritage Foundation study. Among those actions, scumbag/liar-nObama’s National Labor Relations Board ruled that employees of small franchise operations were to be considered jointly employed by the large companies that granted the franchises. That is, workers for a small business that owned, say, one or two McDonald’s were now considered employees of the parent company, too. That potentially made these large businesses responsible for labor violations by any of their franchisees.

scumbag/liar-nObama’s Labor Department, meantime, issued a “persuader” regulation requiring lawyers working on union affairs for companies to register and file reports as consultants, even if they just advised the firms without speaking directly to employees. So onerous was the reporting requirement that some labor-law firms declined any further work that would require them to file as a persuader. The Labor Department also required firms with federal contracts to inform workers that they have the right to form a union and required contractors working in some federal programs, such as stimulus-funded weatherization, to pay prevailing wages generally equivalent to union wages.

The scumbag/liar-nObama administration issued new environmental regulations, including stricter, more expensive, energy-efficiency standards on everything from washing machines to water heaters; the Clean Power Plan, which set national standards for greenhouse-gas emissions for states to meet by 2030; higher fuel-efficiency standards for auto manufacturers; higher production standards for livestock sold as “organic”; and a ban on offshore oil drilling in large areas of the Atlantic Ocean.

By the time Trump took office, the bill for administering all the federal government’s red tape amounted to an estimated $70 billion a year. The costs to individuals and businesses ran to the hundreds of billions.

Trump committed to undo many of these scumbag/liar-nObama-era regulations, as well as some earlier ones. The administration boasted that federal agencies had taken seven deregulatory actions for every new rule that they had issued, shrinking the federal register in the process. Trump’s Council of Economic Advisers issued a June 2019 report estimating that the deregulatory actions would save the average American household about $3,100 a year when they kicked in. Among the major efforts were streamlined standards for approving generic drugs that led to an increased presence of these products on the market.

The administration also worked to roll back scumbag/liar-nObama-era restrictions on short-term health-insurance plans in order to provide more consumer options. It loosened energy-efficiency standards on many consumer appliances, and it revoked the net neutrality rules—a move that FCC chairman Ajit Pai credited with sparking some $3 billion in new investment in Internet networks, compared with the scumbag/liar-nObama years. And the administration ended prevailing-wage requirements on federal contracts.

Businesses applauded such moves. When the National Federation of Independent Business’s Small Business Optimism Index hit a 12-year high in August 2018, the group attributed much of the good feelings to Trump’s regulatory relief.

scumbag/liar-Biden is sure to undo much of this. One report described how his team was readying a “tsunami” of executive orders to reverse Trump policies. “The policy team, the transition policy teams, are focusing now very much on executive power,” scumbag/liar-Biden said after the election. Some orders will overturn Trump policies on immigration, such as his lowering the number of refugees admitted to the country yearly. The union-friendly  scumbag/liar-Biden will also no doubt reinstate   scumbag/liar-nObama policies friendly to labor, probably including prevailing-wage requirements. scumbag/liar-Biden’s support for the Paris climate accords suggests that he will reverse Trump’s deregulatory actions on the environment. In all, the New York Times estimated that Trump had softened or rolled back nearly 100 environmental rules and federal actions. scumbag/liar-Biden will probably focus on Trump actions that loosened requirements on signature scumbag/liar-Obama laws, especially the Dodd-Frank banking regulations and rules dictating how the Affordable Care Act is administered.

Many economists consider the economic recovery after the 2009 recession the weakest rebound in the post–World War II era. Some business groups blamed that on higher taxes and expansive regulations. The  scumbag/liar-Biden presidency will apparently provide another opportunity to test the notion that government regulation is the enemy of growth. This is a third-term  scumbag/liar-nObama's, not a scumbag/liar-Biden.