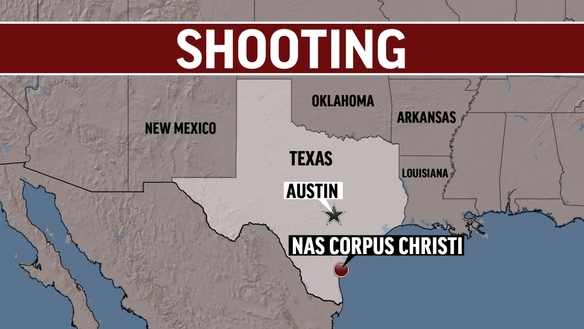 Adam Alsahli, a 20-year-old naturalized American citizen, has been identified by the Federal Bureau of Investigation (FBI) as the alleged terrorist who attempted to speed through a gate at the Naval Air Station Corpus Christi (NASCC) on May 21.

The FBI says Alsahli shot at a female sailor who was then able to prevent him from getting onto the NASCC base by raising a vehicle barrier. At that point, the FBI says Alsahi got out of his vehicle to fire more gunshots but was killed by security guards.

The Center for Immigration Studies’ Todd Bensman, a former intelligence agent, reports that Alsahi was able to secure American citizenship through a little-known immigration loophole that depended on his father’s naturalized citizenship:

Adam Alsahli, 20 at the time of his death Thursday, was already a U.S. citizen when he moved from the Middle East to Corpus Christi, Texas, in 2014 with his mother (and likely several siblings) at the height of the Syrian civil war, by virtue of his father’s American citizenship, according to two sources familiar with the family’s immigration status. The attacker’s 75-year-old father, Salim Alsahli, became a naturalized U.S. citizen in 1984, the sources told CIS, and subsequently seems to have sired a family back in Syria that included Adam Alsahli’s birth in 1999. [Emphasis added]

Although his children and their mother were born in and resided in the Middle East, the father’s U.S. citizenship conferred U.S. citizenship on Adam Alsahli, since he properly registered a declaration at a U.S. embassy or consulate office overseas. That apparently happened with Adam Alsahli because by the age of three, in the year 2002, [Alsahli] was granted an American passport that was repeatedly renewed over the years, sources said. [Emphasis added]