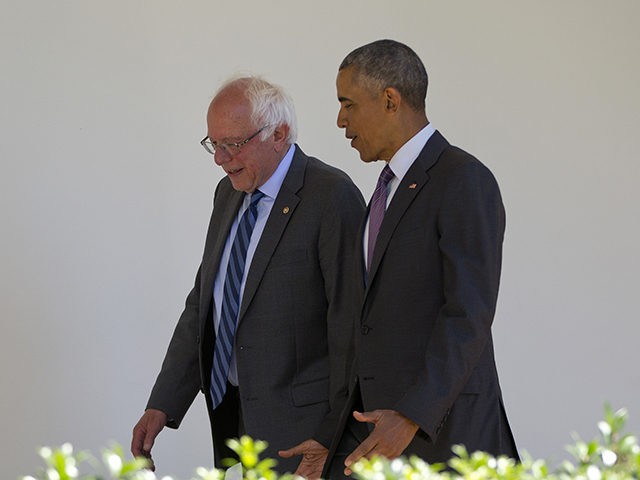 Former President Barack Obama was one of the central figures behind Sen. Bernie Sanders’ (I-VT) exit from the presidential race, according to a report from the New York Times.

While Obama failed to publicly support his former running mate throughout the primary race, he quietly worked behind the scenes to encourage the Vermont senator to exit the primary race, having several phone conversations with him over the last few weeks, according to the Times.

The former president reportedly made the first call to Sanders at the end of March, as the coronavirus pandemic worsened and Sanders’ campaign continued to falter, reportedly citing the need to “accelerate the endgame.”

According to the Times, Obama informed Sanders that he had, largely, accomplished his political goal in moving the party further to the left:

In late March, Mr. Obama reached out to Mr. Sanders. The two men would talk at least three more times, with the former president reassuring Mr. Sanders that he had already accomplished much of what he had set out to do, moving the party — and Mr. Biden — substantially to the left, according to two people with knowledge of their interactions.

That much is certainly true for Biden, who over the course of his campaign has embraced positions once deemed too radical by the party. By the end of the race, Biden had openly called for raising taxes, embracing some form of a Green New Deal, and providing government-run health care for illegal immigrants.

According to the Times‘ sources, Obama “mostly listened to Mr. Sanders, who was in a reflective mood, speaking candidly about his post-campaign plans and feelings about the race, the kind of conversation the two men had never had before.”