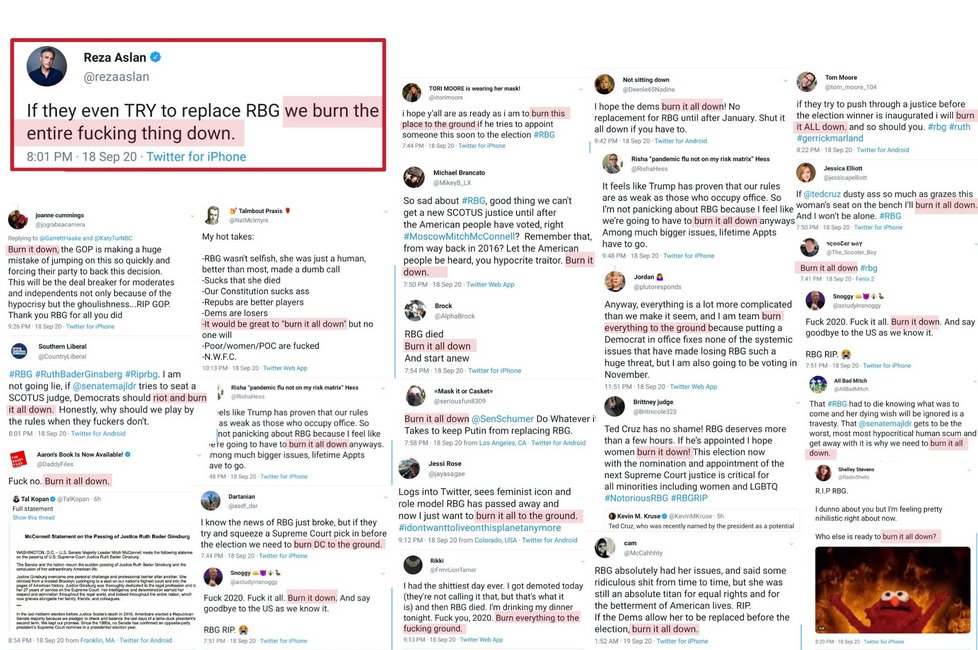 While generally most would prefer to use the time immediately following the death of a public figure to remember their legacy, the political implications of RBG’s death left people on the Right and the Left to speculate about what will happen with the vacant seat left now on the highest court in the nation.

In fact, RBG’s death sparked a huge surge in donations on ActBlue.

But some on the Left started promising violence, not just political action.