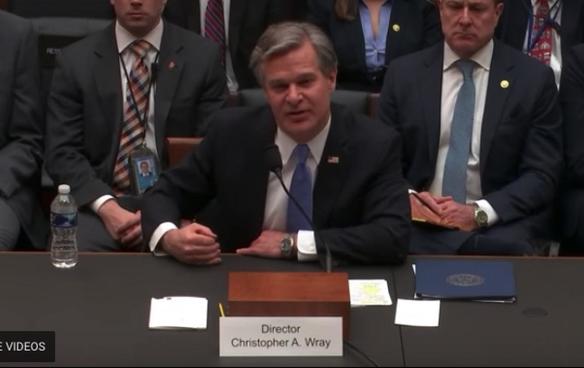 Back in early 2018, the FBI under newly minted Director Chris Wray issued an extraordinarily rare public rebuke of a sitting House committee chairman.

Wray fired back, even though the issues didn’t happen on his watch, suggesting Nunes had given an inaccurate picture to the American public.

“We have grave concerns about material omissions of fact that fundamentally impact the memo’s accuracy,” the bureau said in a statement that reverberated across America, especially with mainstream media that had pushed the faulty Russia collusion narrative for months.

Now two years later, Nunes’ memo has been vindicated by the belated release of classified information and a Justice Department inspector general's report that confirmed systematic FISA abuses and much wider problems inside the FBI.

Lawmakers, particularly Republicans, have expressed grave concerns about Wray’s leadership, his reluctance to recognize the magnitude of problems inside the bureau exposed by the Russia case fallout, and his slow release of information, which some see as foot-dragging.

“There is so much underneath the surface of the ocean, this iceberg that we haven’t even seen yet,” Rep. Andy Biggs, a House Judiciary Committee member and chairman of the influential Freedom Caucus, told Just the News. “And when you get back to Christopher Wray, that is part of my frustration. … More has to be declassified.”

“I have had access to 302s [FBI interview reports] that I have asked, for gosh a good year or so -- and I know others have too-- that they would declassify those.  And they keep telling us, 'yeah they are in the process,' and they never declassify them,” Biggs said in a wide-ranging interview with the John Solomon Reports podcast. “They’ve got to be declassified.