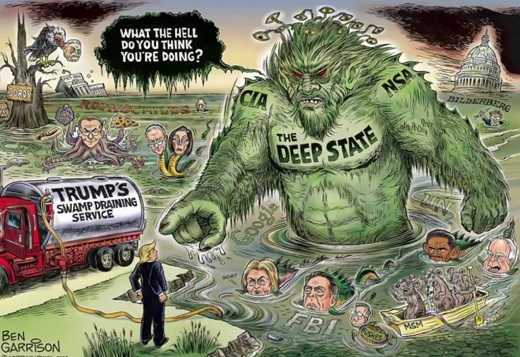 President Donald Trump is still on the warpath. On Saturday, he posted a tweet saying that he intends to “declassify everything” regarding the Hunter Biden investigation. The president expressed his anger at the fact that Attorney General William Barr kept secret information regarding a Justice Department probe into Hunter Biden’s business dealings and finances.

Last week, Hunter Biden, the son of former Vice President Joe Biden, publicly acknowledged that he is being investigated over issues concerning his taxes and income from Burisma, a Ukrainian oil and gas company.

The Wall Street Journal reported on Friday that Barr has known about the investigation into Hunter Biden since the spring, but worked to keep the information secret from the public. “Attorney General William Barr has known about a disparate set of investigations involving Hunter Biden’s business and financial dealings since at least this spring, a person familiar with the matter said, and worked to avoid their public disclosure during the heated election campaign,” they wrote.

It appears that Barr was attempting to comply with a Justice Department rule regarding these type of issues. The Washington Times noted that: “Justice Department guidelines prohibit disclosing or opening politically-charged investigations within 60 days of a presidential election. It’s possible that Mr. Barr was worried of running afoul of that rule.”

The Journal reported that President Trump was angry over Barr’s actions, believing that it might have cost him the election.

“Mr. Trump, in a meeting Friday, fumed about a Wall Street Journal report that Mr. Barr knew of an existing federal investigation into Hunter Biden before the election but worked to keep it from being publicly disclosed, a person familiar with the conversation said. In the meeting, Mr. Trump contemplated firing Mr. Barr, people familiar with the conversation said, adding that it is not clear whether Mr. Trump intends to follow through.”

On Saturday evening, the president tweeted, “I have been doing this. I agree!” in response to a tweet from conservative analyst Todd Starnes suggesting that he “declassify everything.”

“IF Biden gets in, nothing will happen to Hunter or Joe,” Trump raged. “Barr will do nothing, and the new group of partisan killers coming in will quickly kill it all.”

In another tweet, Trump continued: “Same thing with Durham. We caught them cold, spying, treason & more (the hard part), but ‘Justice’ took too long. Will be DOA!”

The last remark was related to his concern that U.S. Attorney John Durham, who is investigating the origin of the Russia interference investigation, would not be allowed to finish his work.