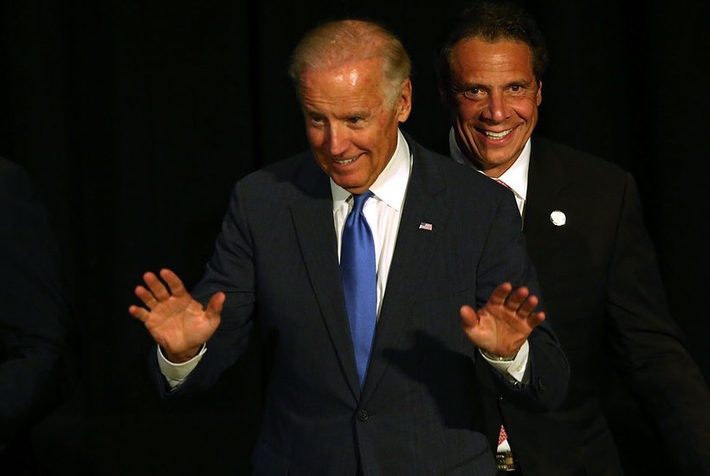 A majority of Democrats want to nominate New York Gov. Andrew Cuomo for president instead of Joe Biden, according to poll results shared exclusively with The Post.

The national poll found 56 percent of Democrats prefer Cuomo, with 44 percent wanting to stick with presumptive nominee Biden — a 12-point margin well outside the 4.8 percent margin of error for the Democratic sample.

Hispanic voters, young people, women and self-identified liberals are most likely to favor dumping the former vice president for Cuomo.

The poll, conducted April 3-6, was commissioned by the conservative pro-market Club for Growth, which generally supports Republican candidates.

Cuomo denied last month that he wanted to run for president, but some Democrats still are clamoring for an alternative to Biden, who faded from public view during the coronavirus outbreak, which elevated Cuomo in daily press conferences.

Club for Growth vice president of communications Joe Kildea told The Post that the results highlight Biden’s weakness as a candidate.

“With every major news event, Democrats realize more and more how bad of a candidate Joe Biden is, and Democrats now preferring Cuomo is just another example,” Kildea said.

The poll was conducted online among a representative sample of 1,000 people by WPAi, one of the top three polling firms used by Republicans.