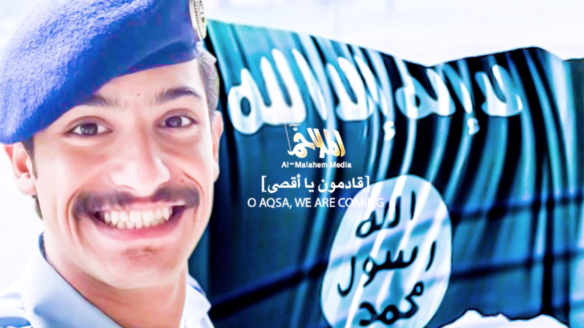 The FBI and Department of Justice (DOJ) announced today that Mohammed Saeed Alshamrani (Al-Shamrani), the terrorist who carried out the Dec. 6, 2019 shooting at Naval Air Station Pensacola, had “significant ties” to Al Qaeda in the Arabian Peninsula (AQAP).

Investigators reached this conclusion after the FBI cracked the encryption on two of AlShamrani’s iPhones. AlShamrani, a member of the Royal Saudi Air Force, was in the U.S. as part of a training program. But he was secretly planning something else. Alshamrani “had specific conversations with overseas AQAP associates about plans and tactics,” according to the DOJ. “In fact,” the DOJ says, Alshamrani “was communicating with AQAP right up until the attack, and conferred with his associates until the night before he undertook the murders.”

Not only was Alshamrani in contact with AQAP members just before his shooting spree, he began preparing for his day of terror “years ago.” Alshamrani was “radicalized” by 2015 and joined the Royal Saudi Air Force “in order to carry out a ‘special operation’.”

Therefore, the DOJ’s statement indicates that Alshamrani was a sleeper agent of sorts — just as AQAP alleged.

In a message released on Feb. 2, AQAP emir Qasim al-Raymi claimed “full responsibility” for the Pensacola shooting, during which three U.S. sailors were killed and eight other Americans injured. Raymi recorded his message, which was spliced together with various images of Alshamrani, before he was killed in a drone strike in January. Raymi claimed that Alshamrani had been patiently plotting years ahead of time.

“For several years, our hero moved between several U.S. military bases in America to select and contemplate his best and fattest target,” Raymi claimed. “Allah bestowed him great patience, and due to the Grace of Him alone, he passed all the military tests and all the security procedures.”

“For years, our hero was hiding his intention in his heart [until] Allah the Almighty granted him success,” Raymi continued. “He watered America, the enemy of Allah, from the same bitter cup, which she makes Muslims taste it every day.”