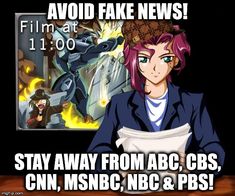 Proving massive bias in the media, PBS “reporter” Yamiche Alcindor was heard happily exclaiming that the role of the press is to be Trump’s enemy.

Speaking to left-winger Ali Velshi on MSNBC on Sunday, Alcindor was heard crowing that attacking Trump is a “team sport” for the media. And she insisted that the whole of the press corps must align to the attack and must “have each other’s back” in opposition to Trump.

Alcindor was speaking about an example of the media’s ignorant treatment of the president during another contentious press conference on Sunday. Alcindor was whining that she didn’t get enough attention during the conference.

“I have to say thank you to Jeremy of CNN for giving me the opportunity to ask my second question. We know now that covering President Trump sometimes is like a team sport. We have to have each other’s back in the press corps and Jeremy had my back today,” Alcindor told the MSNBC host.