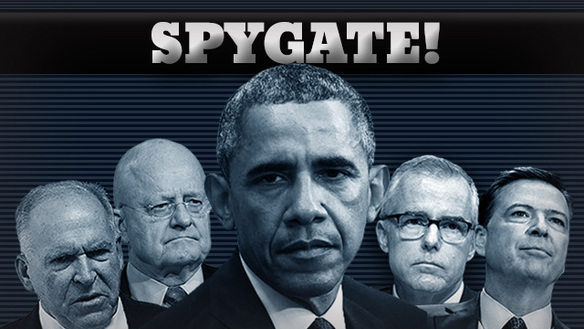 With former President Obama holding an online town-hall meeting with the nation Wednesday in the wake of riots sparked by the police-related death of George Floyd in Minneapolis, talk-radio star Rush Limbaugh says the ex-president is likely trying to divert attention from "Obamagate," what he says is the Obama-led "silent coup" to oust President Trump.

"I think, if I had to make a wild guess, one of the reasons Obama is coming out now is to deflect what we have learned about what happened in his Oval Office regarding the investigation of Trump," Limbaugh said Wednesday in advance of Obama's late afternoon event on YouTube.

"We now know that Obama's Oval Office led this coup. We know that the people who were implementing the coup – from [James] Clapper, to [James] Comey, to [John] Brennan, to you name it – all were given instructions in the Obama Oval Office in the fateful meeting on January 5, 2017.

"I think the purpose of the Mueller investigation, in fact – as I have stated – was to cover this up. I think the investigation was twofold. It was, 'You know, try to find a crime or we can invent a crime that Trump's guilty of; get rid of him.'