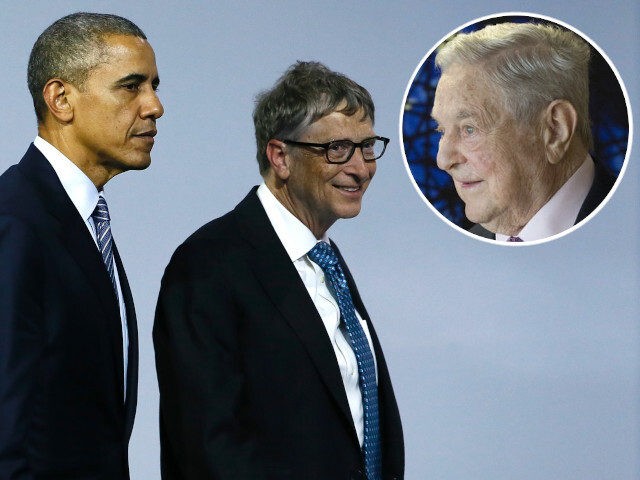 The celebrity campaign #PasstheMic is enlisting Julia Roberts, Hugh Jackman, and other A-list Hollywood stars to hand over their social media accounts to the likes of Dr. Anthony Fauci and other experts to promote a “global response” to the Chinese coronavirus pandemic.

Who’s behind the push? The roster of donors and leaders reads like a who’s-who of left-wing globalists — U2 frontman Bono, George Soros, and Bill Gates. At the head of the organization is Gayle Smith, a former special assistant to President Barack Obama.

The guest line-up features another physician who has publicly denounced President Donald Trump’s immigration policies and handling of the coronavirus crisis, while praising the World Health Organization, which downplayed the gravity of the outbreak in its early weeks.

In a video interview with Julia Roberts on Thursday, Dr. Fauci urged people to pay more attention to how the coronavirus is impacting poorer countries. “We have, really, a moral responsibility for people throughout the world,” he said.

Fauci also warned Americans not to re-open the economy too quickly. “Now is not the time to tempt fate and pull back completely,” he said. “There is a golden mean there.”

Day 1 🎤 #PassTheMic - Dr Fauci, Director @NIAIDNews, tells Julia Roberts about the responsibility we ALL have for people throughout the world in the global fight against #COVID19. Demand Action now #PassTheMic #ONEWorld 👀 📹 https://t.co/16AqIHFYIp pic.twitter.com/aHQwQEs0aS

ONE Campaign was co-founded by Bono as an advocacy group to combat poverty and illness, especially in Africa. The group is closely aligned with the Bill and Melinda Gates Foundation, which has donated millions of dollars and holds a seat on its board of directors.

The Gates Foundation  — the wealthiest philanthropic group in the world — has come under fire for the way its leaders have slammed President Donald Trump while praising China. Bill Gates recently praised China’s handling of the outbreak, saying that “China did a lot of things right at the beginning.” His remarks were promoted  on social media by Chinese state media.