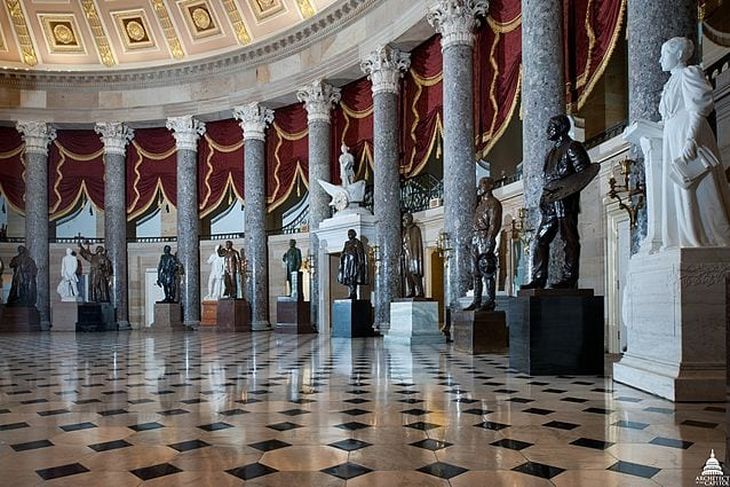 House Democrats working on the annual appropriations bill say that they will force a government shutdown unless the statues of Southern politicians in the Capitol are removed.

The government will technically run out of money on September 30 unless Congress passes appropriations bills. The appropriation for the legislative branch includes the demand that the Confederate statues in public areas be removed and returned to the states that donated them.

The Democrats are also demanding that plaques and markers that honor people with “unambiguous records of racial intolerance” be removed as well.

The move is a political ploy to force Republicans into an uncomfortable political position while displaying their racial bona fides to the mob.

Requiring the removal of Confederate statues in the Capitol almost certainly sinks the bill’s chances of becoming law before government funding runs out at the end of the fiscal year on Sept. 30.

House Speaker Nancy Pelosi has pushed for the removal of statues amid nationwide protests against systemic racism and police brutality. But Senate Majority Leader Mitch McConnell has said the fate of the markers should be up to states that donated them.

“Every state is allowed two statues. They can trade them out any time,” McConnell told reporters last month. “A number of states are trading them out now, but I think that’s the appropriate way to deal with the statue issue. The states make that decision.”

Perhaps Pelosi and the Democrats can invite the mob to remove the statues themselves. It doesn’t appear there will be anyone to stop them as the Capitol Police are being “reformed” to reflect the new reality.