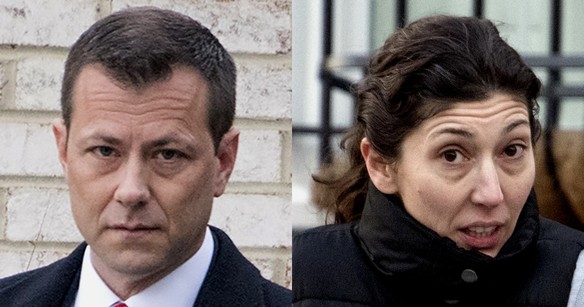 Yet another bombshell development emerged Thursday in the case of former National Security Adviser Gen. Michael Flynn: the release of additional exculpatory evidence FBI officials had withheld from the courts and the defense for three years.

Crucially, this includes evidence that the Bureau’s official “302 report” filed by the lead agent who interviewed Flynn was edited multiple times, including by an official who never participated in the interview.

Thursday’s revelations come on top of yesterday’s disclosures indicating an apparent attempt by FBI officials to trap Flynn into committing a criminal offense during an interview.

The new revelation could prove even more significant: In addition to the apparently calculated effort to get Flynn to commit perjury or obstruction, top FBI figures, including FBI Deputy Assistant Director Peter Strzok and FBI lawyer Lisa Page, repeatedly altered the “302 report” that was filed after the Flynn interview.

That interview was conducted under highly unusual circumstances. Ordinarily, an FBI interview of a top West Wing official would be requested through the White House Counsel’s office, and would be conducted in the presence of legal counsel representing the official being interviewed.

That did not occur in the case of the FBI’s interview with Flynn, and Comey later stated that under “a more organized administration” he “probably wouldn’t have gotten away with it.”

Initially, when the lead FBI agent handling the case was asked whether Flynn lied during the interview, he stated that he did not believe so.

But over the coming days Strzok and Page would edit and revise the agent’s 302 report repeatedly, according to a document providing text messages between FBI officials that the defense counsel finally received this week.