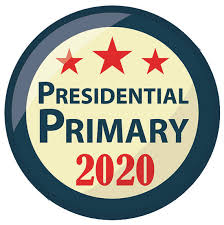 The New York State Board of Elections canceled the state’s June 23 Democratic presidential primary scheduled on Monday despite receiving a request from Vermont Sen. Bernie Sanders’s presidential campaign urging the primary to take place as planned.

Officials on the board acknowledged that the move to cancel the presidential primary outright will anger some of Sanders’s supporters, but said they couldn’t justify holding the election amid the coronavirus crisis.

“What the Sanders campaign wanted is essentially a beauty contest that, given the situation with the public health emergency, seems to be unnecessary and, indeed, frivolous,” said the state elections board’s Democratic co-chairman, Douglas Kellner, who said he received thousands of emails from Sanders supporters urging the primary to move forward.

A Sanders campaign lawyer, Malcolm Seymour, sent a letter to the state’s elections board on Sunday asking them not to cancel the presidential primary.

“Senator Sanders has collaborated with state parties, the national party and the Biden campaign, to strengthen the Democrats by aligning the party’s progressive and moderate wings,” Seymore wrote, according to The Wall Street Journal. “His removal from the ballot would hamper those efforts, to the detriment of the party in the general election.”

Voters in about 20 New York counties that were slated to vote for only the Democratic nominee for president will no longer have a reason to vote in the June 23 primary, but some 42 counties that have down-ballot races for congressional and state-level positions will keep their polling places open.