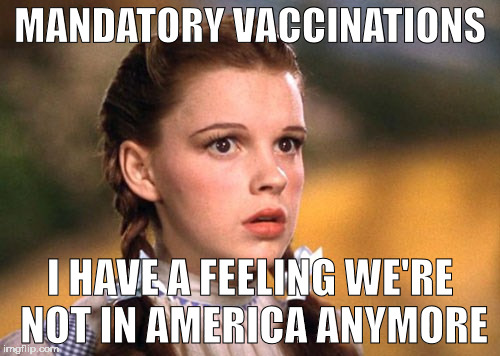 With President Biden's federal vaccine mandate set to take effect on Monday, health-care systems around the country are suspending elective in-patient surgeries and refusing to accept ICU patients from other hospitals as they brace for potentially hundreds of firings of nurses and other critical staffers, potentially even doctors.

According to the NYT, the Erie County Medical Center in Buffalo is planning to do all that and more, as it says it may soon fire about 400 employees who have chosen not to get the single job required by the edict (which was pushed through despite being blocked by a federal judge).

Similarly, officials at Northwell Health, the state's largest health-care provider, estimate that NWH might be forced to fire thousands of people who have refused to get vaccinated.

In an economy with more job openings than workers - 2.2MM more, to be exact - forcing workers to choose between employment and their health or religious compunctions simply isn't a smart idea.

Without even a hint of self-awareness, the governor apparently agrees: "What is looming for Monday is completely avoidable, and there’s no excuses,” Ms. Hochul said, pleading for those who have not done so to get vaccinated," Hochul said during a weekend press briefing.

The situation is less dire in NYC, but there will still be plenty of hospitals left with massive staffing holes after mass-firings.

The city's largest private hospital network, NewYork-Presbyterian, has more than 200 employees who may face termination because they haven't received at least one jab.