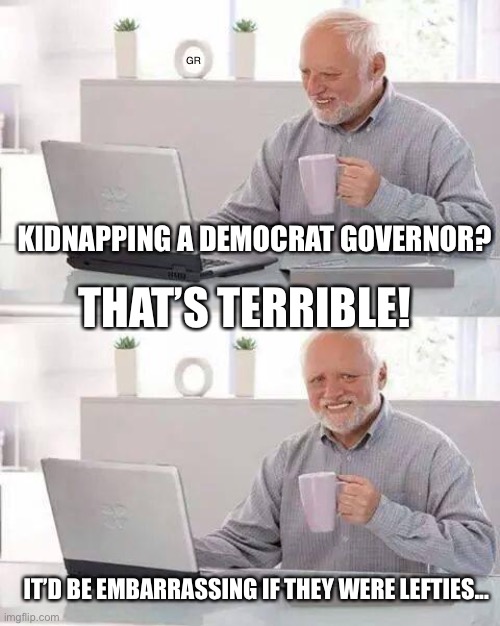 When it was reported several days ago that a plot to kidnap Michigan Gov. Gretchen Whitmer was foiled by the FBI, the media kicked into high gear. They were sure the culprits were MAGA loving Trump supporters and also white supremacists. In fact, we even had some cable news analysts suggesting Trump should be charged as a co-conspirator.

That narrative started to fall when it was revealed one of the ringleaders not only didn’t support Trump, but that he had called the President a “tyrant".

It turns out that anarchists have a lot more in common with the left and Antifa than they do with Trump supporters. Want more proof of that? We are now learning that another plotter was a Black Lives Matter supporter and may have been partially motivated by George Floyd’s death.

This is a complete turn from the way the media painted this early on.

“One of alleged plotters, 23-year-old Daniel Harris, attended a Black Lives Matter protest in June, telling the Oakland County Times he was upset about the killing of George Floyd and police violence.” https://t.co/twRCmruL2F

So that Whitmer kidnapping plot by MAGA supporters?

"One of alleged plotters ... attended a Black Lives Matter protest in June, telling the Oakland County Times he was upset about the killing of George Floyd and police violence." https://t.co/e0tpLSGVOG

The media will never tell you the truth. It’s cliche and it gets old having to continuously point it out, but that’s the reality we live in. It would have been incredibly easy for everyone to keep their powder dry and wait for the facts. Instead, we got insane pronouncements that Trump had essentially directed this plot. In the end, at least some of the plotters had left-wing sensibilities and hated Trump. Heck, I’m struggling to find any evidence any of them were even white supremacists.