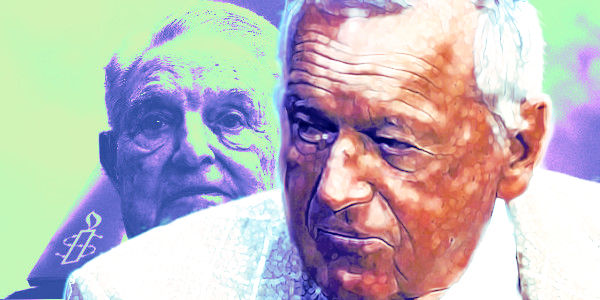 Wealthy donors who bankroll anti-American, left-wing causes are like roaches: They spread everywhere and take forever to die.

Such is the case of Swiss billionaire Hansjörg Wyss, sometimes referred to as the “new George Soros.”

While many people know who Soros is and the pervasive impact the 90-year-old leftist has had on American politics, eroding election integrity and promoting radical causes, few have heard of Wyss despite his significant impact.

Between 2016 and 2020, the 85-year-old directed $135 million to the Sixteen Thirty Fund, a dark-money organization that finances a cluster of left-wing groups, Fox News reported.

Dark-money groups spend countless millions influencing voters, public opinion and the political process without having to reveal who their donors are.

New filings show that the Wyss-financed Sixteen Thirty Fund recently spent $2 million to lobby U.S. lawmakers to approve statehood for Washington, D.C., and to pass HR 1, the so-called For the People Act, among other things, the report said.

The aim of those two proposals is to secure indefinite Democratic control of the White House, Congress and local legislatures.