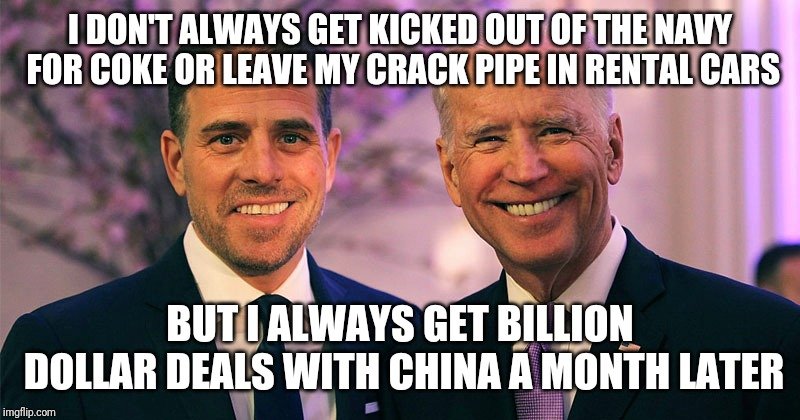 Foreign entities looking to influence American politics sometimes devise lucrative commercial deals involving a politician’s family. While the deals can, and do, ensnare politicians of all stripes, those involving the Biden family are particularly troubling: The transactions implicate US national security.

While Joe Biden served as vice president, his son Hunter received offers from foreign governments and oligarchs in areas where he had little or no expertise. That his foreign partners included a rival state, Communist China, makes these arrangements particularly brazen, even by Washington’s swampy standards.

Newly released Secret Service travel records for Hunter paint a clearer picture of how extensive these efforts were. The documents, reviewed by Judicial Watch, show that between 2009 and 2014, Hunter made 411 trips across 29 countries. While some of those trips were perhaps leisure and others related to his volunteer work for the World Food Program, many of them appear to be connected to deals that he or his associates either secured or sought with foreign governments and oligarchs.

For example, Hunter visited China five times between 2009 and 2014. Most notoriously, he traveled with his father aboard Air Force Two in December 2013 as part of an official visit with Chinese officials. Ten days after their return to Washington, Hunter and his associates partnered with the state-owned Bank of China to formally establish BHR, a new, first-of-its-kind fund aimed at making investments outside China through the newly established Shanghai Free Trade Zone.