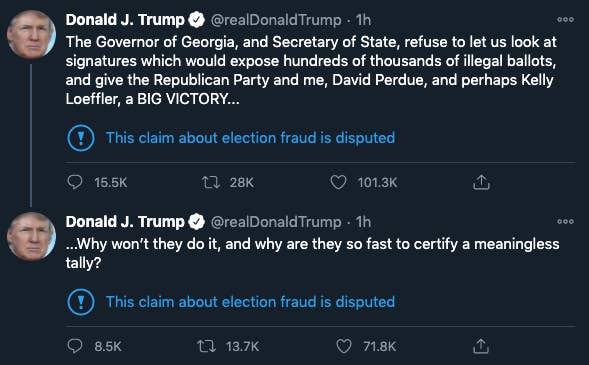 Uncertainty arose regarding the ballot processing operation at Fulton County's State Farm Arena on and after Election Night, when ballot-scanning apparently continued  even after most election workers had reportedly been sent home.

Two separate sworn affidavits from Election Night poll workers claimed that, at roughly 10:30 p.m. on Nov. 3, an official directed workers to stop working and to return the next day at 8:30 a.m.

Nearly half a dozen local and national media outlets, meanwhile, reported being told that absentee ballot-counting had ceased at around 10:30 p.m. and would resume the next day. Several reports cited county spokeswoman Regina Waller for that information.

Counting at the State Farm Arena, however, continued past 10:30 p.m. after most staffers had left. In December, Waller told Just the News that, contrary to the numerous media reports, she had "stated to all media ... that although several workers were released to go home, a small team remained behind to assist with scanning ballots."

It is unclear why no media outlets appear to have mentioned that fact.