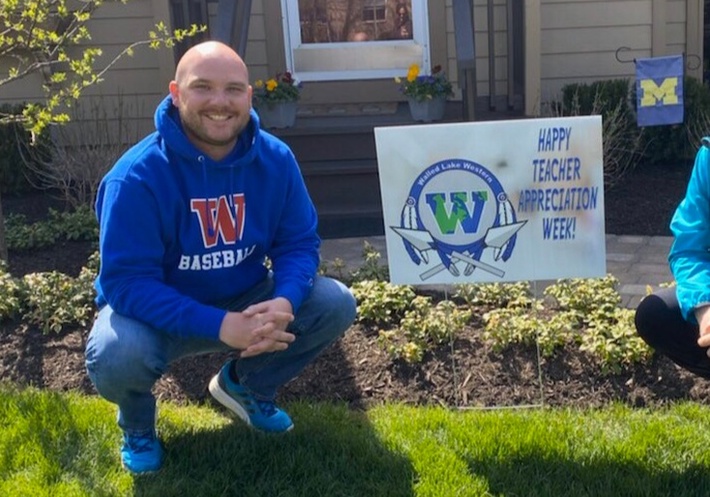 A Michigan school district fired a popular high school teacher and coach after he pointed out that "Trump is our president" on social media.

Varsity baseball coach and social studies teacher Justin Kucera said Walled Lake school district officials hauled him into a closed-door meeting after he indicated his support for President Trump's speech to reopen schools. He told the Washington Free Beacon the Walled Lake Western principal and district superintendent gave him an ultimatum: be fired or resign.

"I was required to meet with [human resources], the superintendent, and my principal [on July 10]. They initially took my statement on why I tweeted those tweets and they told me they would have a decision about my future employment in the upcoming days. When they completed the meeting, I was told I had the option to either be fired or resign." Kucera said.

Neither the school district nor the principal responded to requests for comment.

Kucera said the statement that cost him his job was intended to unify, rather than divide.

"I know a lot of people are just rooting for Trump to fail, and I don't think that anybody should do that," Kucera said. "Agree with him or not, you should want the president to do well. I apologized that [my tweet] brought so much negative attention, but I'm not sorry for what I said."

Kucera was a popular figure at the high school before the episode, according to parents and former teachers. Even his detractors lauded him on social media as they condemned the tweet. One student said she would need to find a new "favorite teacher" after seeing the missive. Multiple sources said that the teacher never brought politics into the classroom.

First Previous of 18 Next
This reply was deleted.