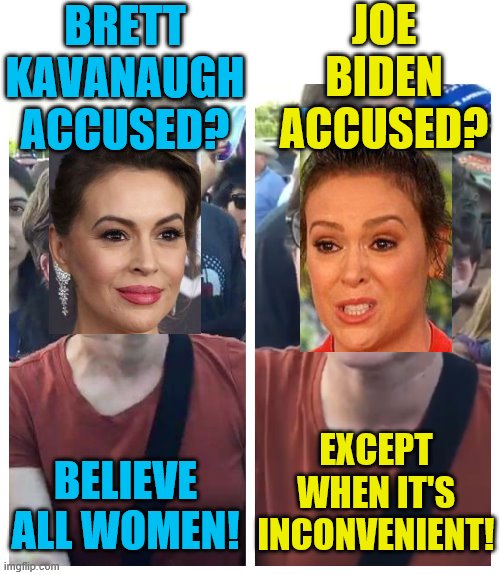 I'm impressed with Alyssa Milano. This is the kind of convoluted series of rationalizations you would expect from a career Washington Post columnist, not a former sitcom actress who became famous for tweeting a hashtag.

The fallacies are obvious.

In defending her support for Biden, she keeps using women as a collective group. As if she and her decisions represent all women. There are the strawmen and the false choices, accompanied by a distortion of history.

Grown ups, you see, understand that you have to have gray areas because you're trying to make change happen and elect Democrats.

Now we pivot to "I'm a victim because I'm not allowed to live in the gray and shrug at sexual assaults to elect Democrats".