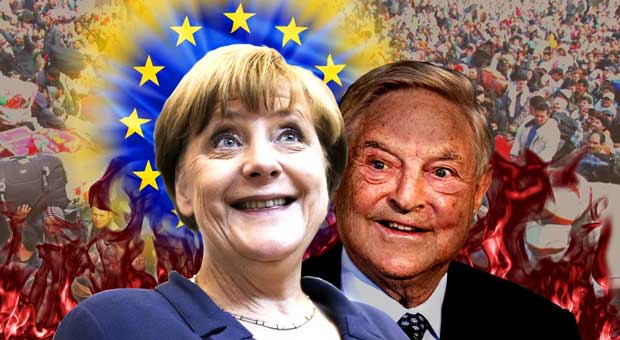 Ever since Donald Trump announced he would designate “Antifa” as a terrorist organization, calls have emerged to pursue the violent far-left mobs and their shadowy backers internationally. Official budget number from the German government show this includes German Chancellor Angela Merkel.

The budget for Angela Merkel’s Chancellery totaled €3.19 billion 2020, of which more than half, €1.82 billion, went to the Chancellor’s Office for Media and Culture. The office was created by Merkel’s forerunner Gerhard Schröder (Social Democrat) in 1998 even though the German constitution explicitly delegates cultural affairs to the states and not the federal government. Despite its apparent unconstitutionality, it now serves as a kind of propaganda ministry for the German Chancellor, with its own world-wide public broadcaster Deutsche Welle (German Wave).

Now, a parliamentary query by the conservative AfD party has revealed over €1 million out of Merkel’s media/propaganda budget 2019 went to fund Soros-funded NGO “Neue deutsche Medienmacher” (New German Media Makers – NdM), whose avowed goal is to increase “diversity” in German journalism by promoting ethnic minorities (New Germans) in the media and establishing “speech guidelines” for journalists. Merkel’s 2020 NdM funding totals €291.000 so far, according to the German federal government.