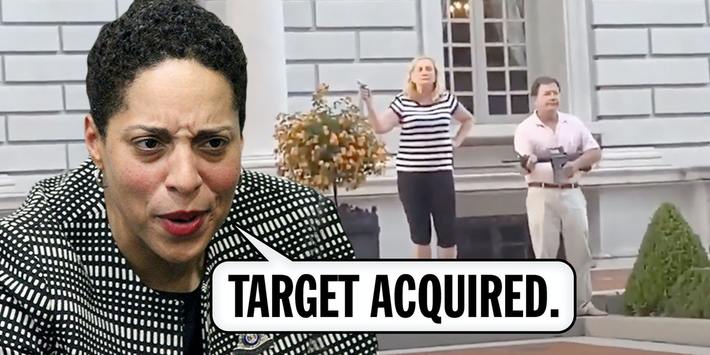 More than a dozen members of Congress, including U.S. Doug Collins, R-Ga., have written to Attorney General William Barr asking for an investigation of the George Soros-sponsored prosecutor in St. Louis who insisted on filing charges against a husband and wife who defended their private property from Black Lives Matter "protesters."

The letter explained that in recent weeks "peaceful protests have spiraled into deadly and destructive riots" and local officials have "tolerated" violence and deadly mobs.

Under those circumstances, the letter explained, Mark and Patricia McCloskey in St. Louis "exercised their Second Amendment right in self-defense, as they were threatened by violent protesters who made menacing remarks and trespassed on their private property."

They were holding guns, one of them inoperable, while facing the threats.

of 14 Next
This reply was deleted.