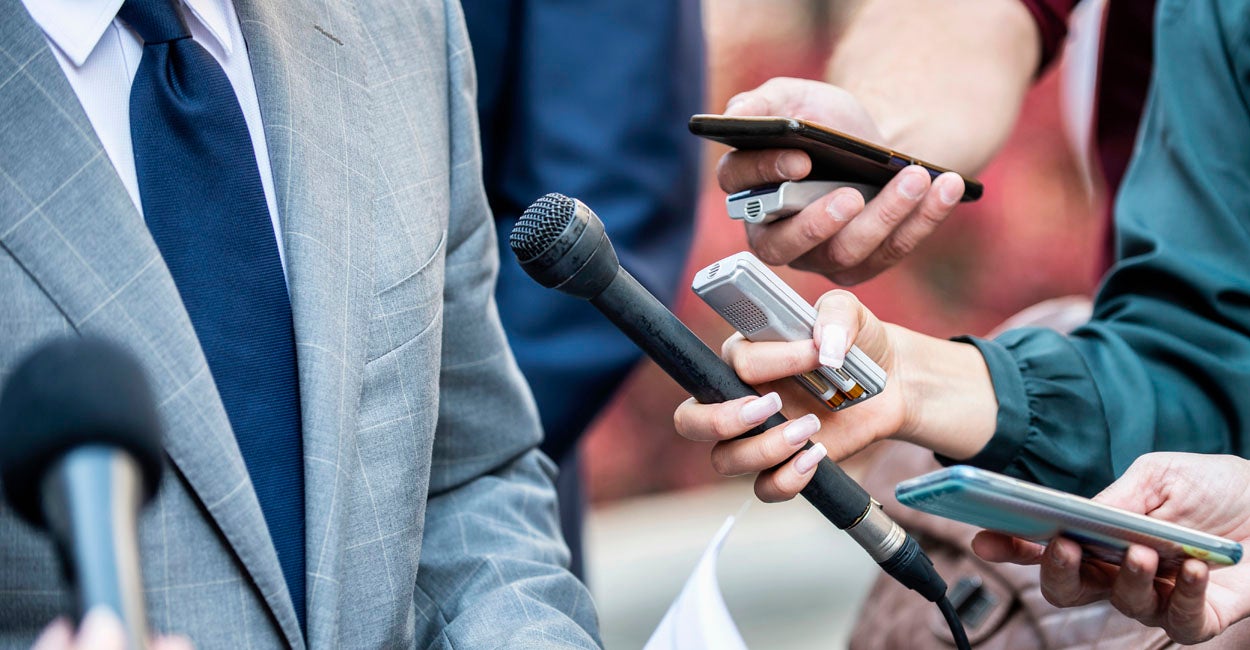 The Democrats’ $3.5 trillion spending bill would give journalists special tax credits. Let’s be clear: “Saving” the media would destroy the media by eliminating any pretense of objectivity. (Photo illustration: Stevica Mrdja/EyeEm/Getty Images)

There’s one piece of the $3.5 trillion spending bill that the media is unlikely to tell you about—their bailout.

The massive, bloated $3.5 billion spending bill has so much pork that fiscal hawks could eat it for weeks. One piece that hasn’t received much attention yet is a special journalism “tax credit” equal to 50% of the salary of each journalist—up to $50,000 per journalist annually.

Yes, that’s correct, your tax dollars would be paying 50% of the salary of many journalists, whether you like their reporting or not.

Think of it as a way to turn every news outlet in America into a version of NPR.

Let’s be clear: “Saving” the media would destroy the media. How could we ever trust journalists to accurately cover the elected officials who voted against their funding? How can you “speak truth to power” when you’re also pleading with that power for cash? Which news outlets would get the funding, and which would be snubbed?

Any pretense of objectivity would be destroyed once the media is on the federal payroll.

And if you think the media is already hostile to conservatives, libertarians, Christians, business leaders, southerners, and basically anyone who didn’t love Rep. Alexandria Ocasio-Cortez’s, D-N.Y., dress from the Met Gala, just imagine the disdain they’ll show us once they’re funded by tax dollars. Also imagine the press coverage of any politician that dares to oppose renewing—or increasing—their funding.

The idea that Americans should be forced to financially support news outlets they don’t like is immoral, obnoxious, and a threat to both free markets and free speech. It’s also outrageous when one considers the proliferation of new media outlets that have already replaced these dinosaurs.

In 2021, most Americans are getting their news from independent podcasts, blogs, social media sites, and more. They compensate these journalists using new payment services like Patreon, Buy Me a Coffee, and GoFundMe. Last year Patreon alone paid out roughly $1 billion to creators.

Rather than using politicians to shake down taxpayers, why don’t these desperate journalists try to collect money voluntarily on Patreon?

This isn’t the first time progressives have tried to redistribute your tax dollars to their allies in the media.

A dedicated media bailout was initially proposed at the onset of the pandemic. First, news outlets lobbied Congress for a dedicated bailout. This was in addition to Payroll Protection Program cash that many local newspapers took advantage of.

The Seattle Times happily grabbed $9.9 million. The Tampa Bay Times, a hard-left newspaper, bagged $8.5 million. Many other newspapers did the same.

When this dedicated bailout failed to catch steam, their next proposal was to modify Payroll Protection Program rules so that large conglomerates like McClatchy would be allowed to qualify. Gannett deserves credit for opposing both efforts, and it wasn’t alone.

Our organization, Accuracy in Media, led the fight against both versions of the media bailout. Accuracy in Media activists sent emails, made phone calls, and even delivered 50,787 anti-bailout petitions to the office of then-Senate Majority Leader Mitch McConnell, R-Ky. Bipartisan majorities in both houses of Congress supported this bailout, but fortunately, McConnell responded to the petitions and blocked the proposal.

Bad businesses should be allowed to fail. Doing so creates space in the market for better companies to take their place.

It is for this reason that Accuracy in Media is renewing our efforts to defeat this, and all, media bailouts. Every American should tell their member of Congress to oppose this idea. And even more importantly, they should tell their local news outlets the same thing. No journalist subsidized with tax dollars should ever be taken seriously in this country.

Most Americans distrust the media. They were rightfully outraged when journalists entirely ignored the Hunter Biden scandals in the final weeks of the 2020 election.

But now it looks like their allies in Washington, D.C., are going to reward them for their loyalty. It will be a dark day in our nation when “journalists” become beneficiaries from the federal spoils system.