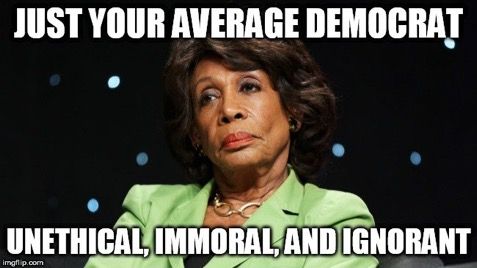 California Democratic Representative Maxine Waters is in hot water after it was revealed that she paid her daughter more than $80,000 in campaign funds during the last fiscal year, which ended on September 30.

More than $212,600 in payments were broken down into 26 entries, such as 'slate mailer management' fees, and 'GOTV' - the acronym for a campaign's 'get out the vote' efforts.

It was previously reported by FOX News that Waters paid Karen $74,000 for this year so far, up until September.

The revelation comes 17 years after the Los Angeles Times first revealed that Waters paid her family over $1 million for their campaign efforts, and now the Democratic representative is facing renewed calls of nepotism.